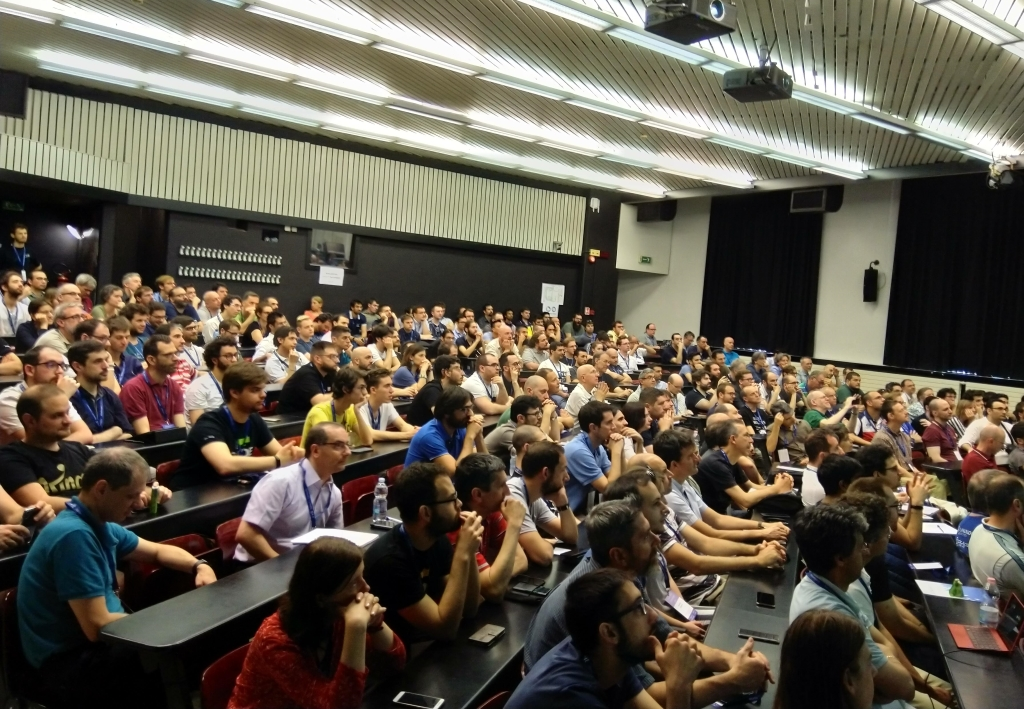 The awesome day opened with a very special keynote by Andrei Alexandrescu.

Some news: first of all, the conference was hosted for the first time at Politecnico di Milano, which I would like to thank. In addition, since I have recently co-founded a not-for-profit association – Community Crumbs – attendees could optionally donate to help cover the main costs.

As usual, the conference was totally free. We could rely on some companies and some donations to cover the event costs (slightly less than 8’000 €):

I would like to thank all the companies which supported the conference: KDAB, JFrog/Conan, AIV, JetBrains, Sigeo, Develer, Hexagon. Moreover, a big shout-out to 32 people who donated (~10% of the total number of registrants). 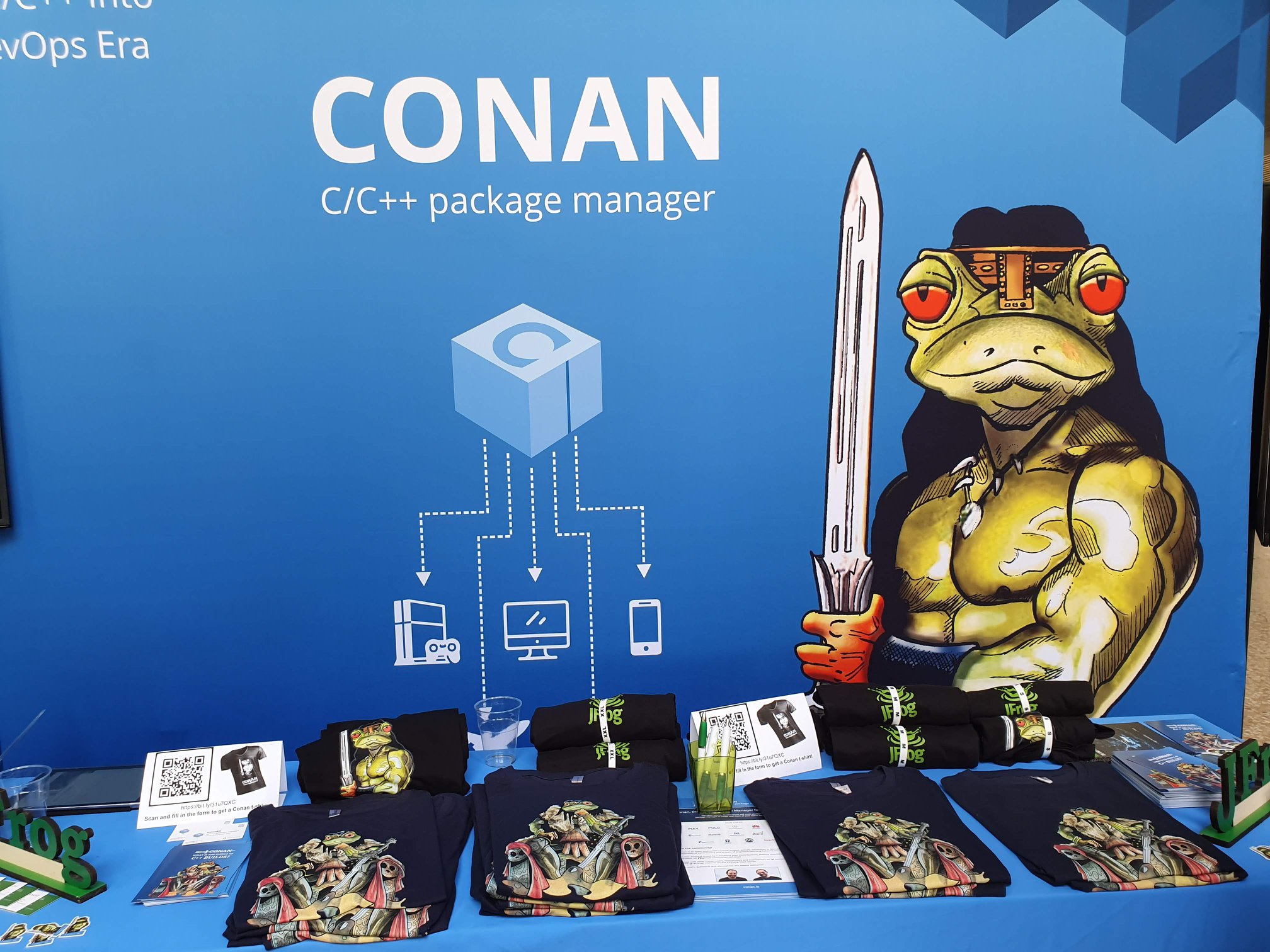 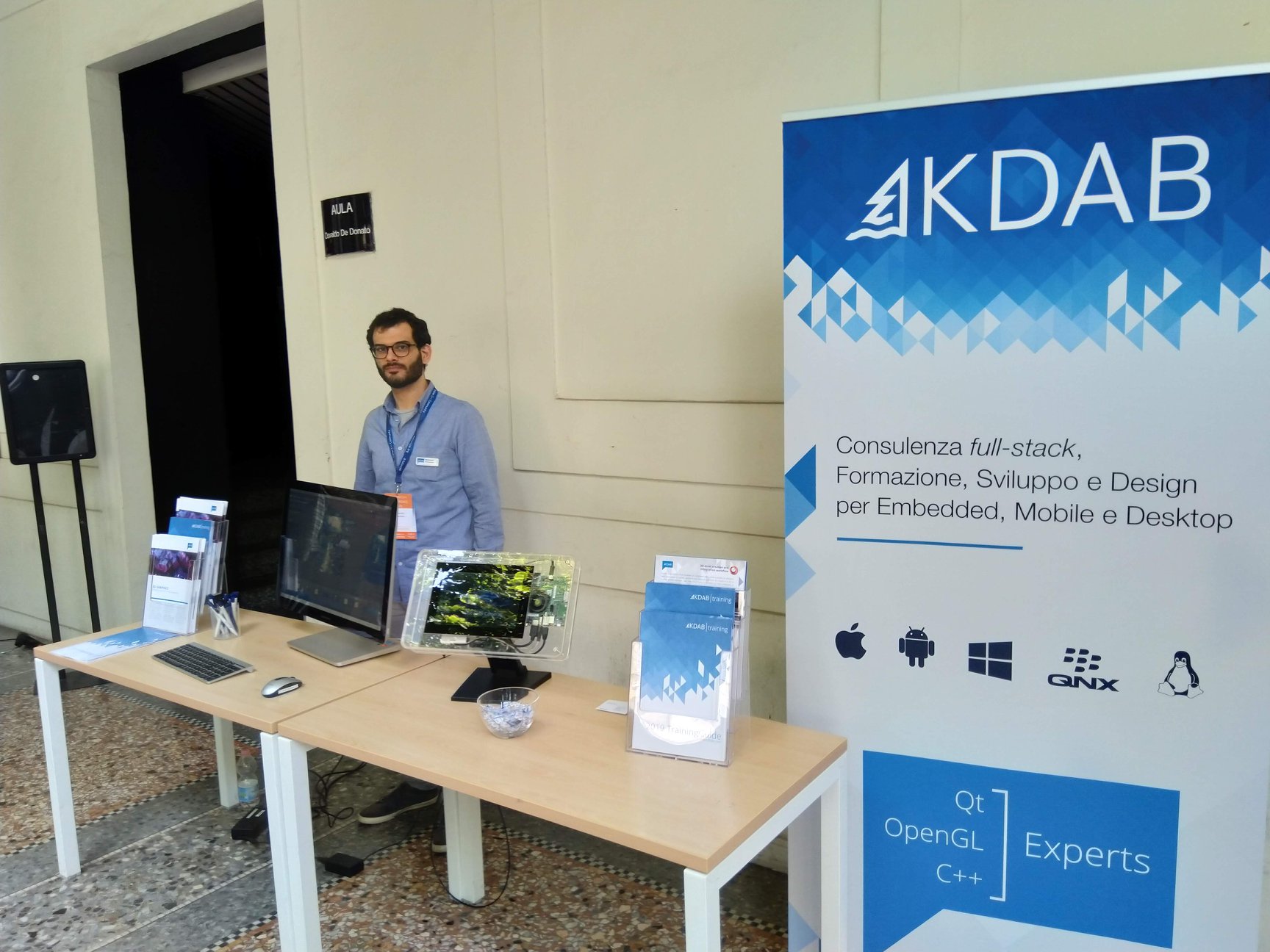 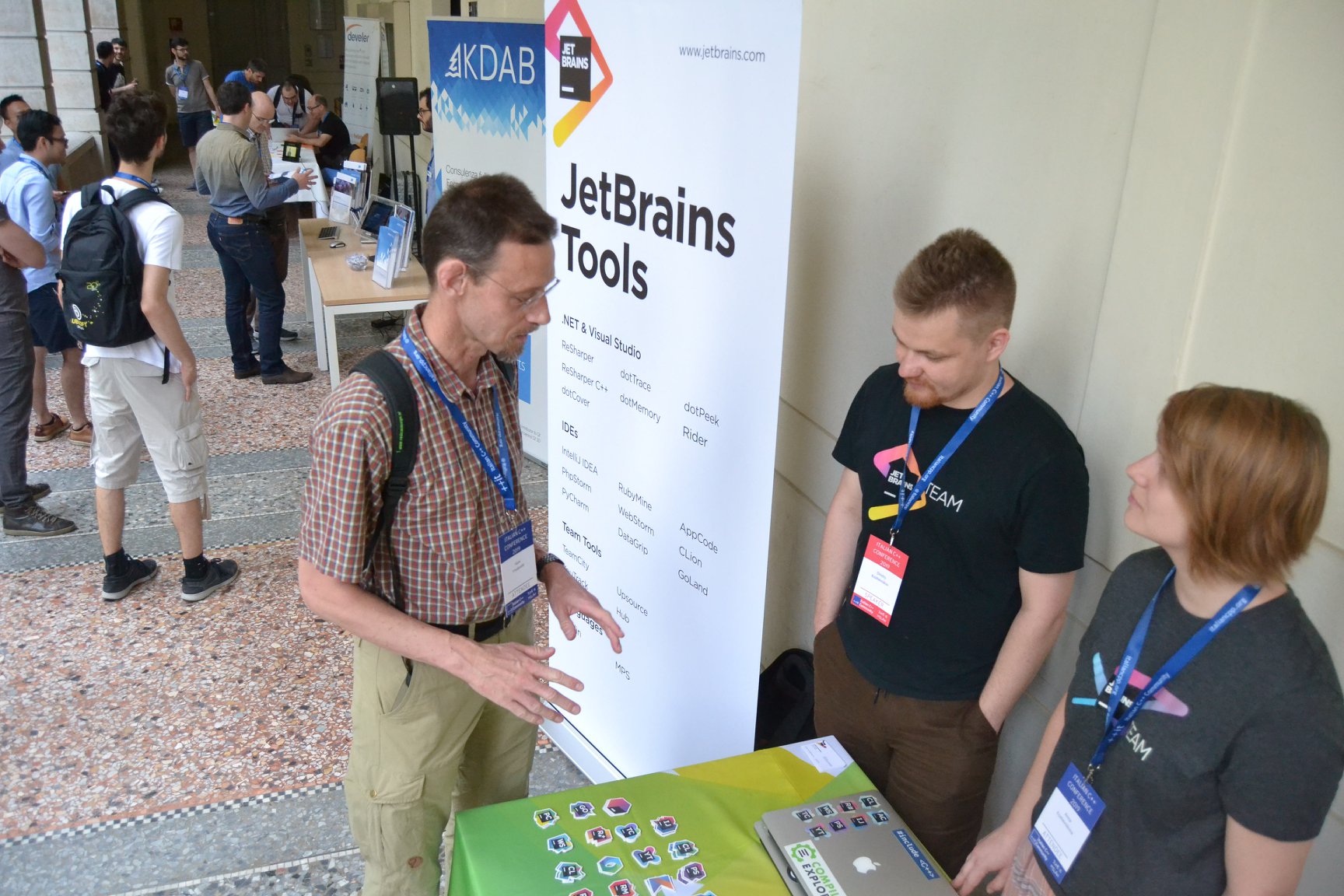 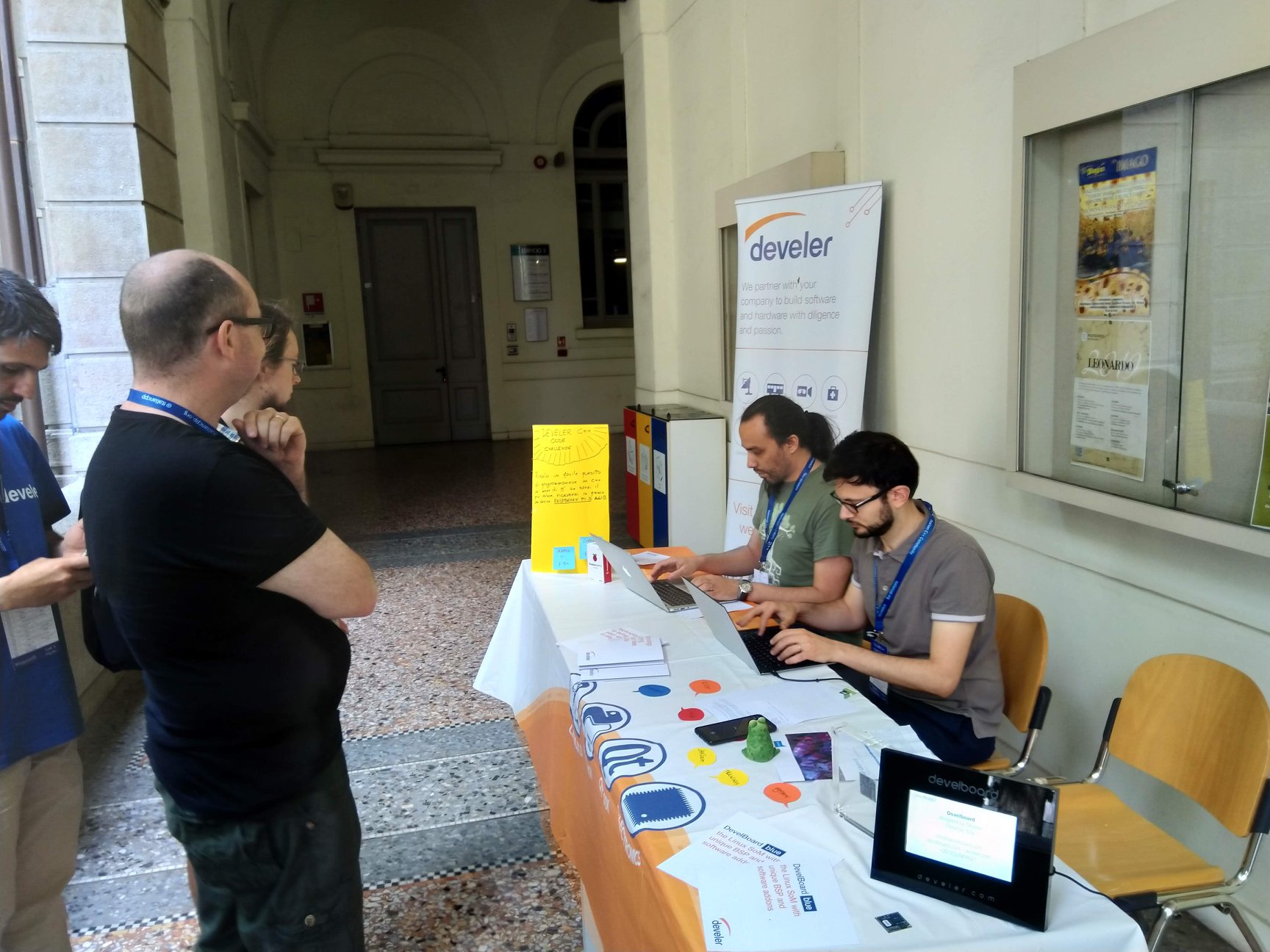 Last but not least, thanks to all the speakers and to all the attendees!

I have published several pictures of the event here on our Facebook page.

Here is the beautiful “itCppCon19 Panorama”:

We have some stats, as usual.

(less than the total number of registrants because I have discovered that registrations from Facebook bypass the survey…). 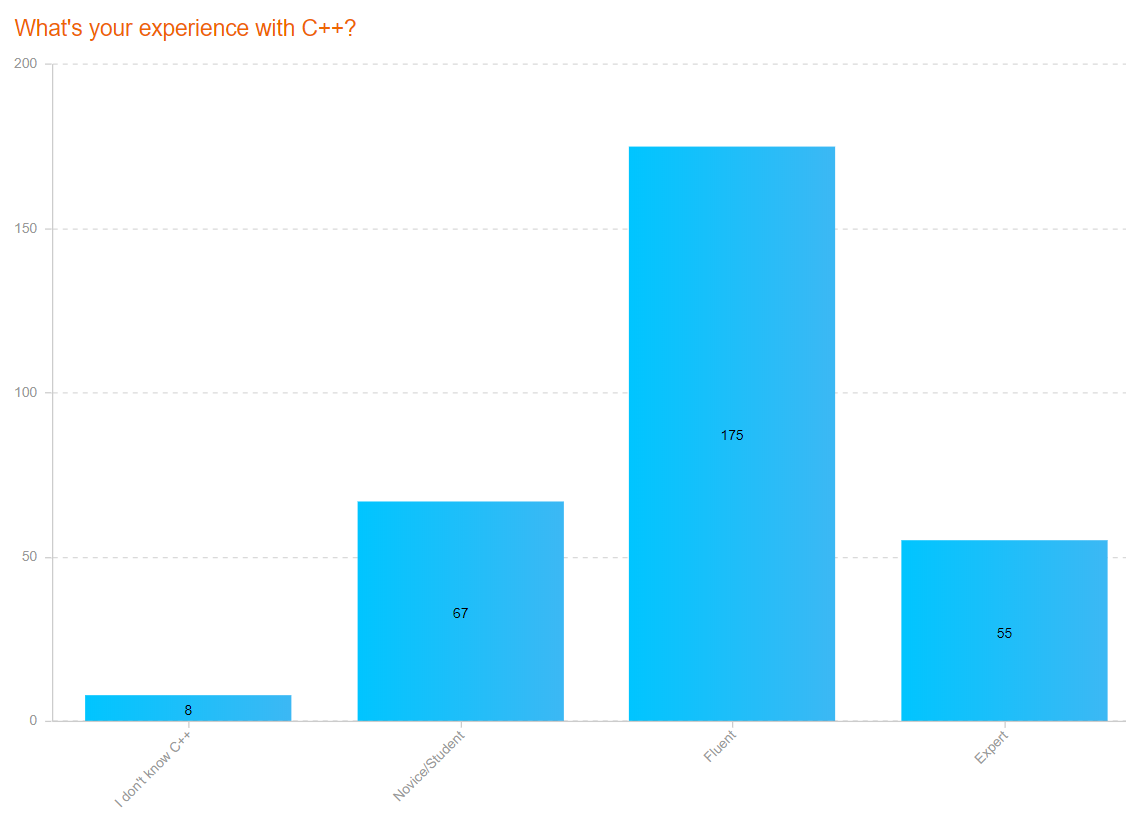 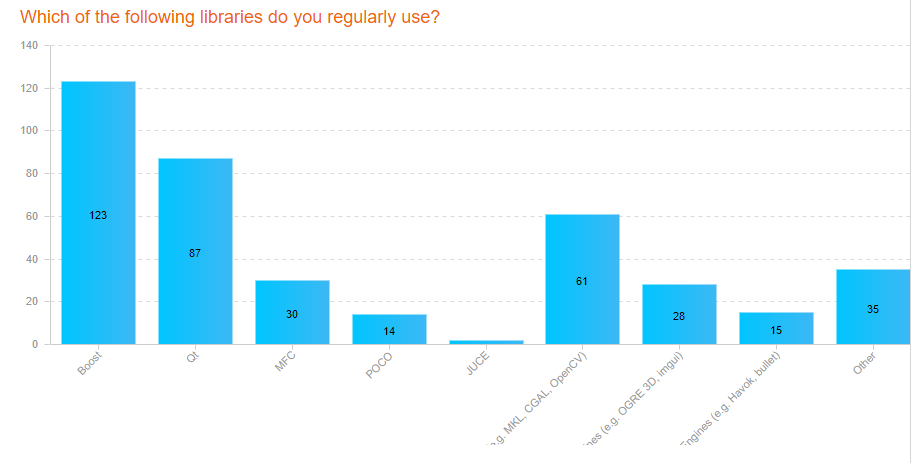 The Italian C++ Conference 2019 was a full-day event about C++ development with 1×90′ keynote and talks arranged in two parallel tracks throughout the whole day: 8×50′ talks, 2×30′ short talks and one 20-min featured talk during lunch.

Networking and breaks: 1h before the kick-off, 2×30′ breaks (1 morning, 1 afternoon) and 75′ lunch break. We offered a coffee break in the morning and a lunch meal. In the afternoon, beverages were available for free. 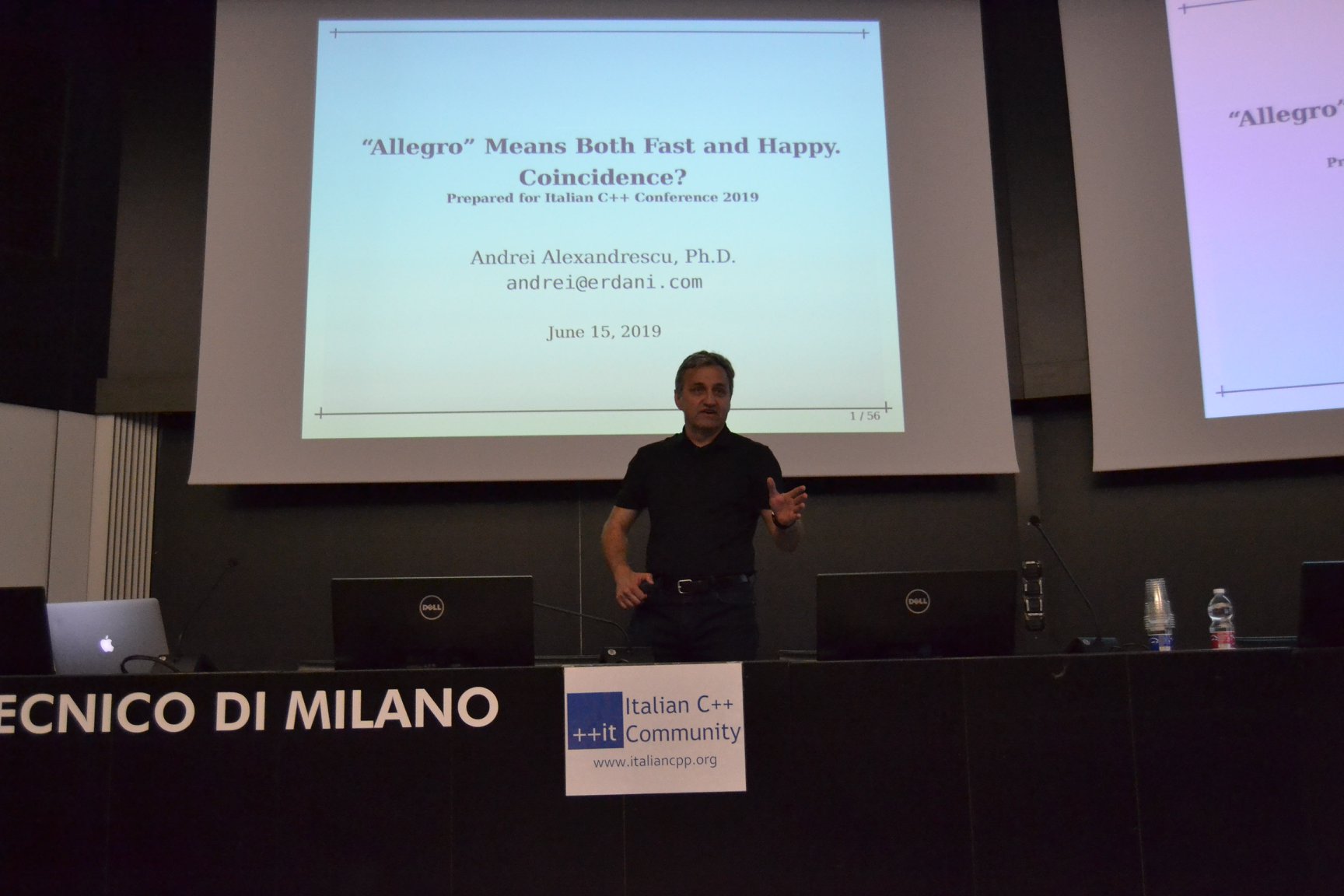 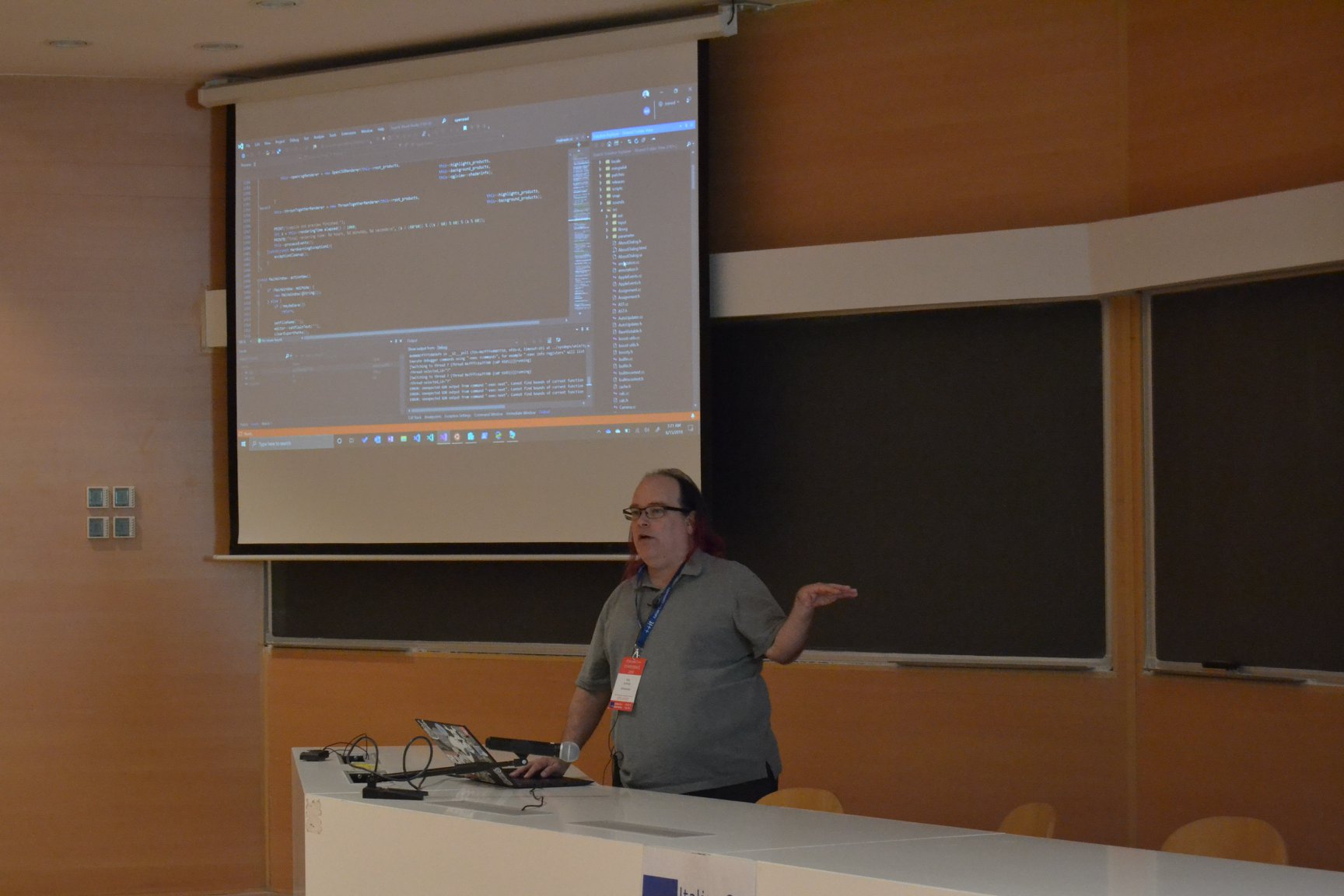 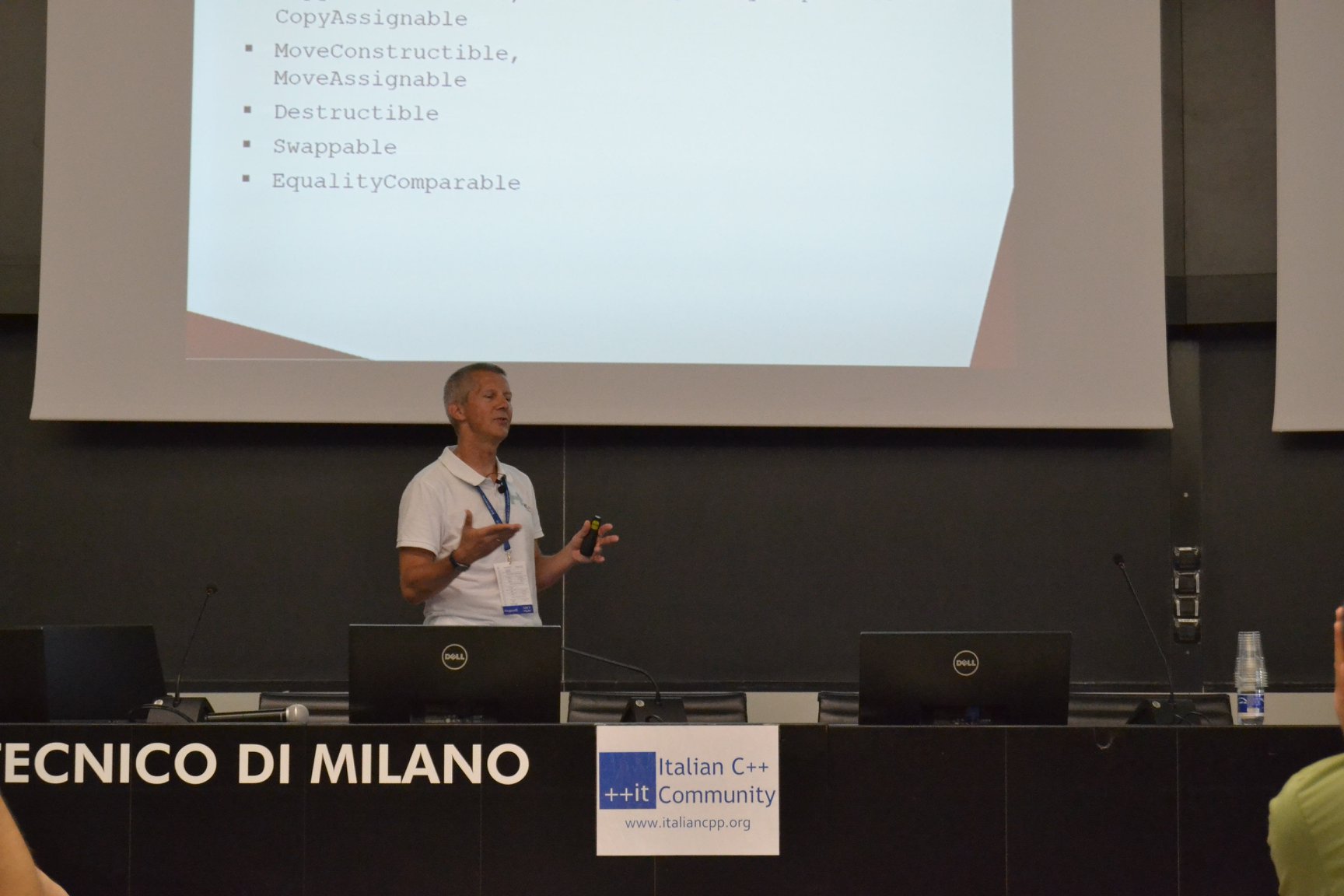 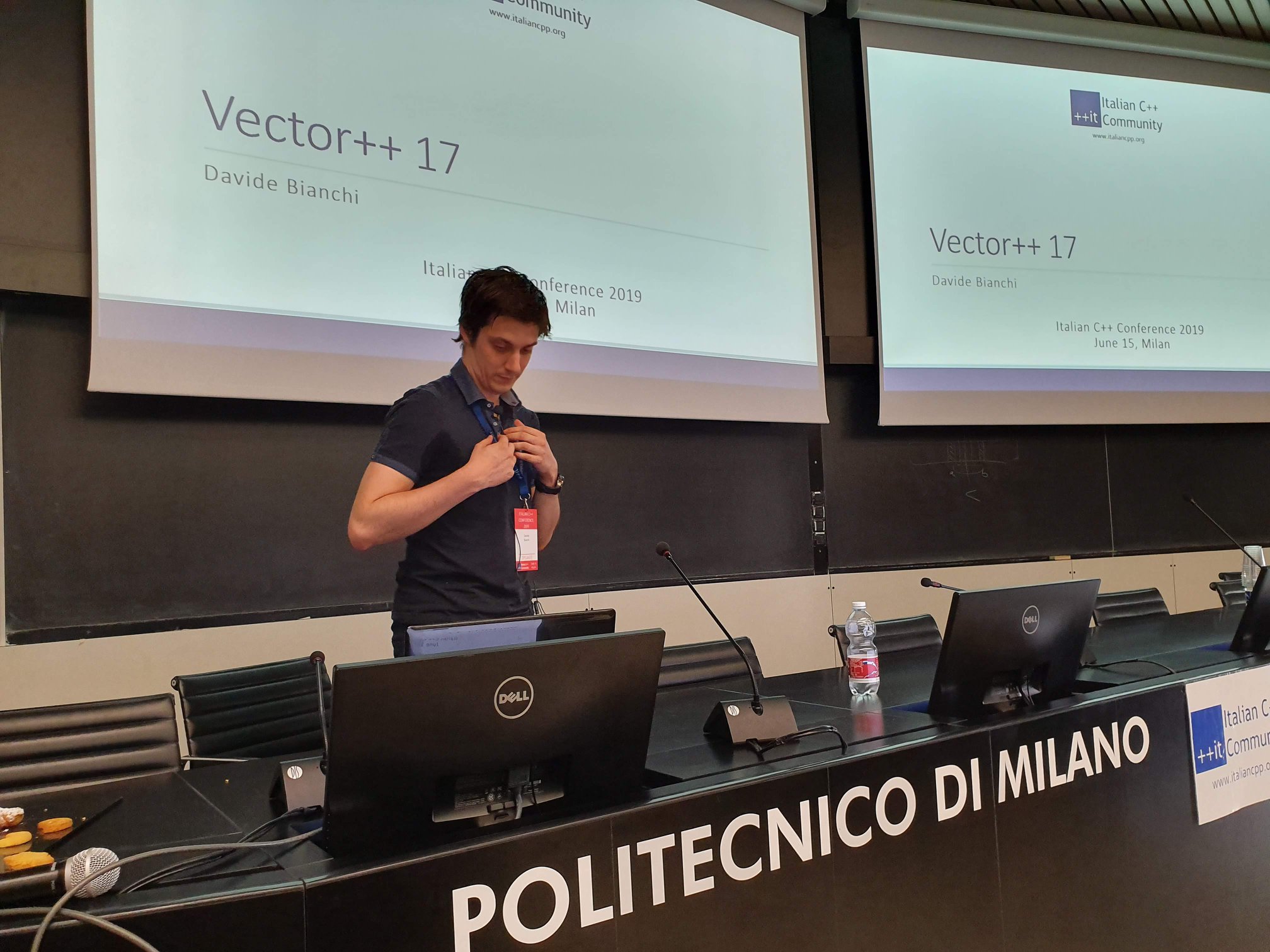 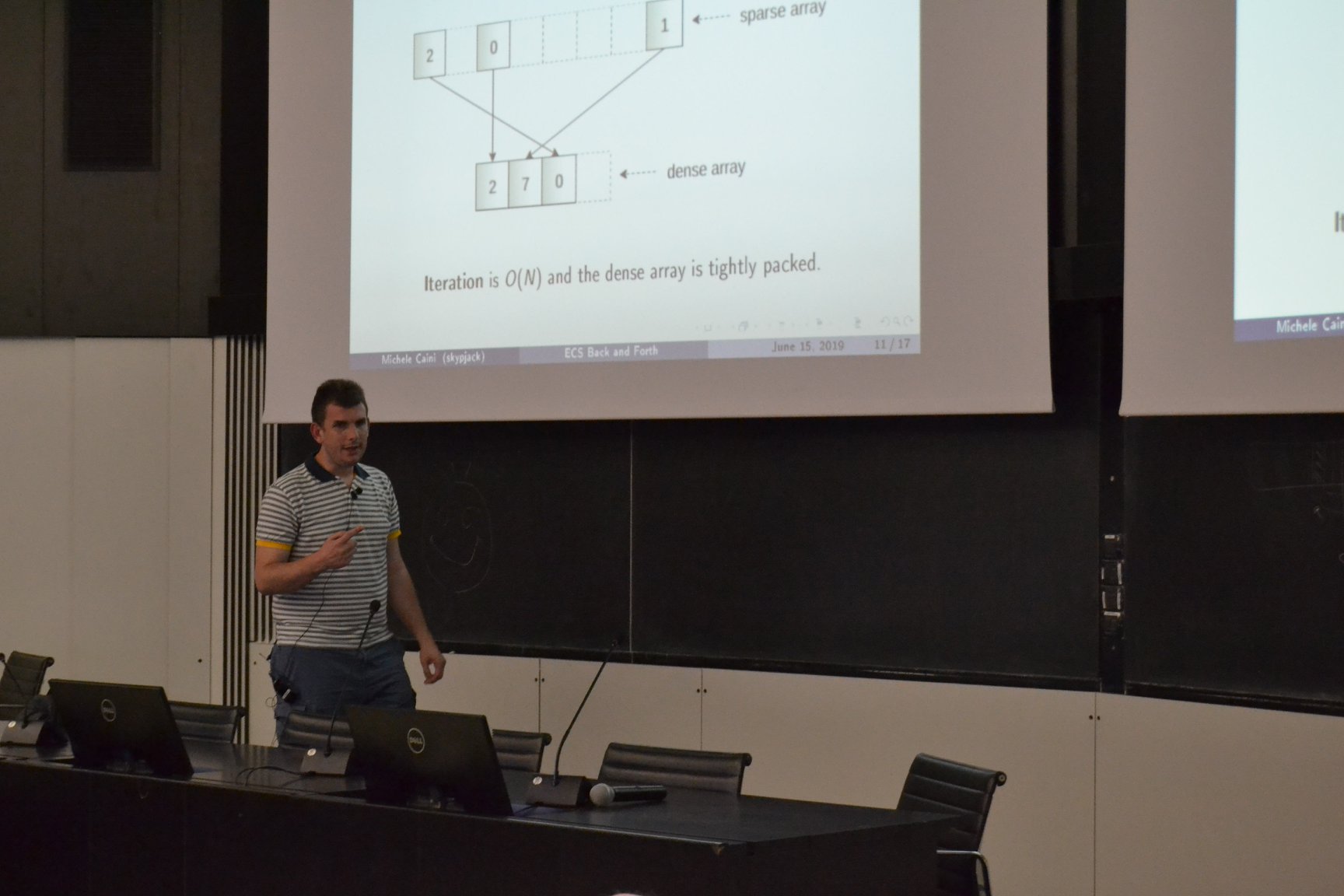 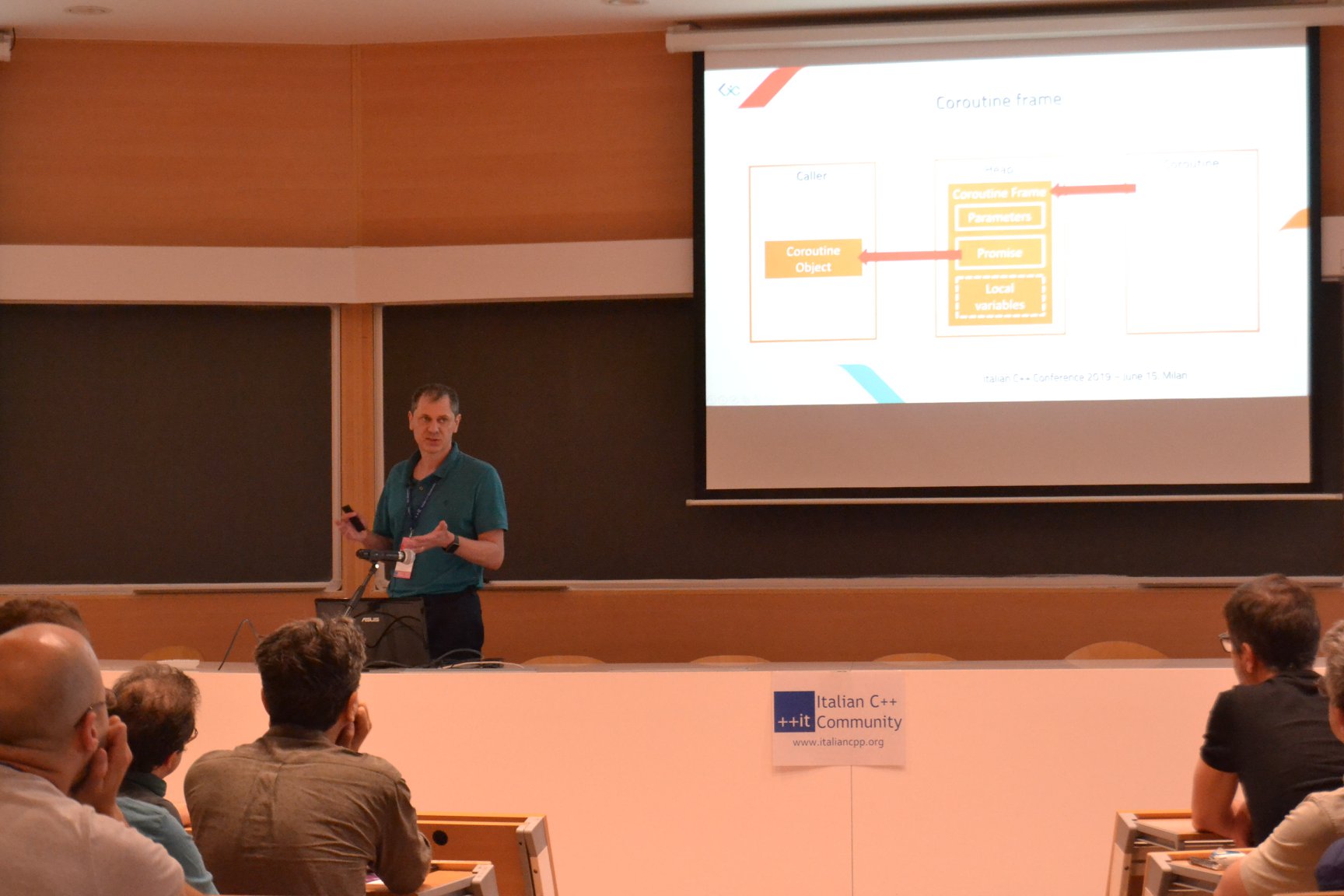 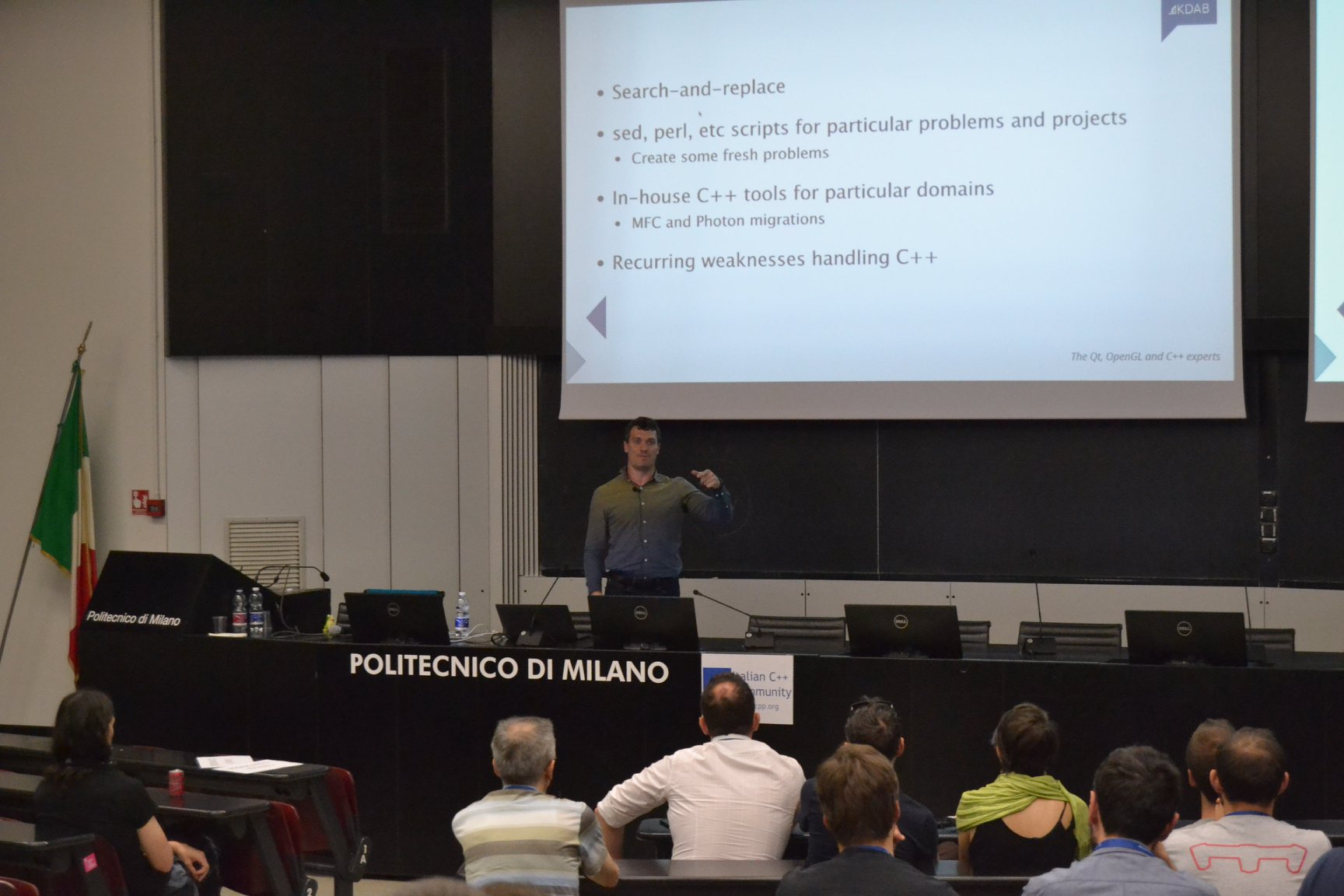 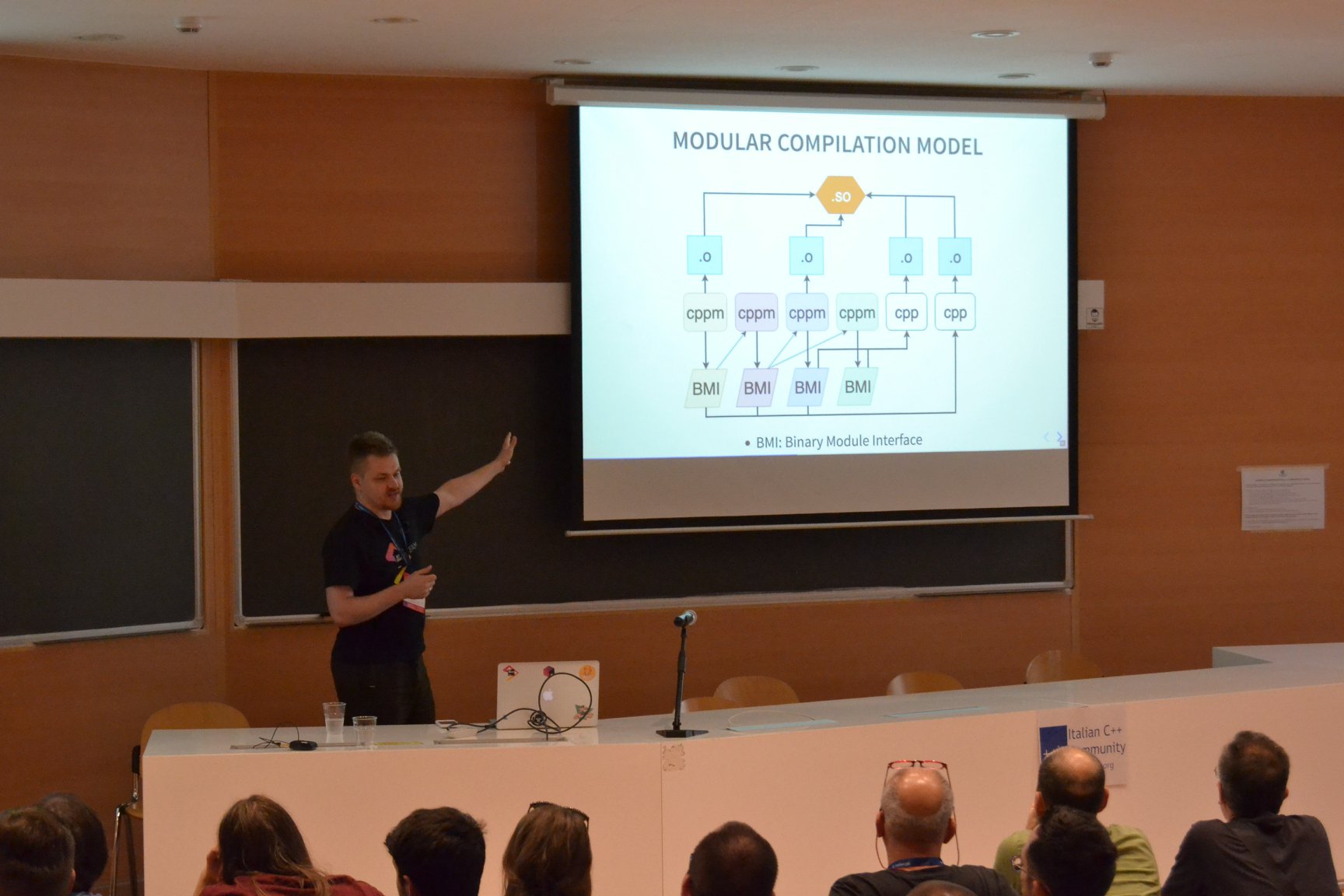 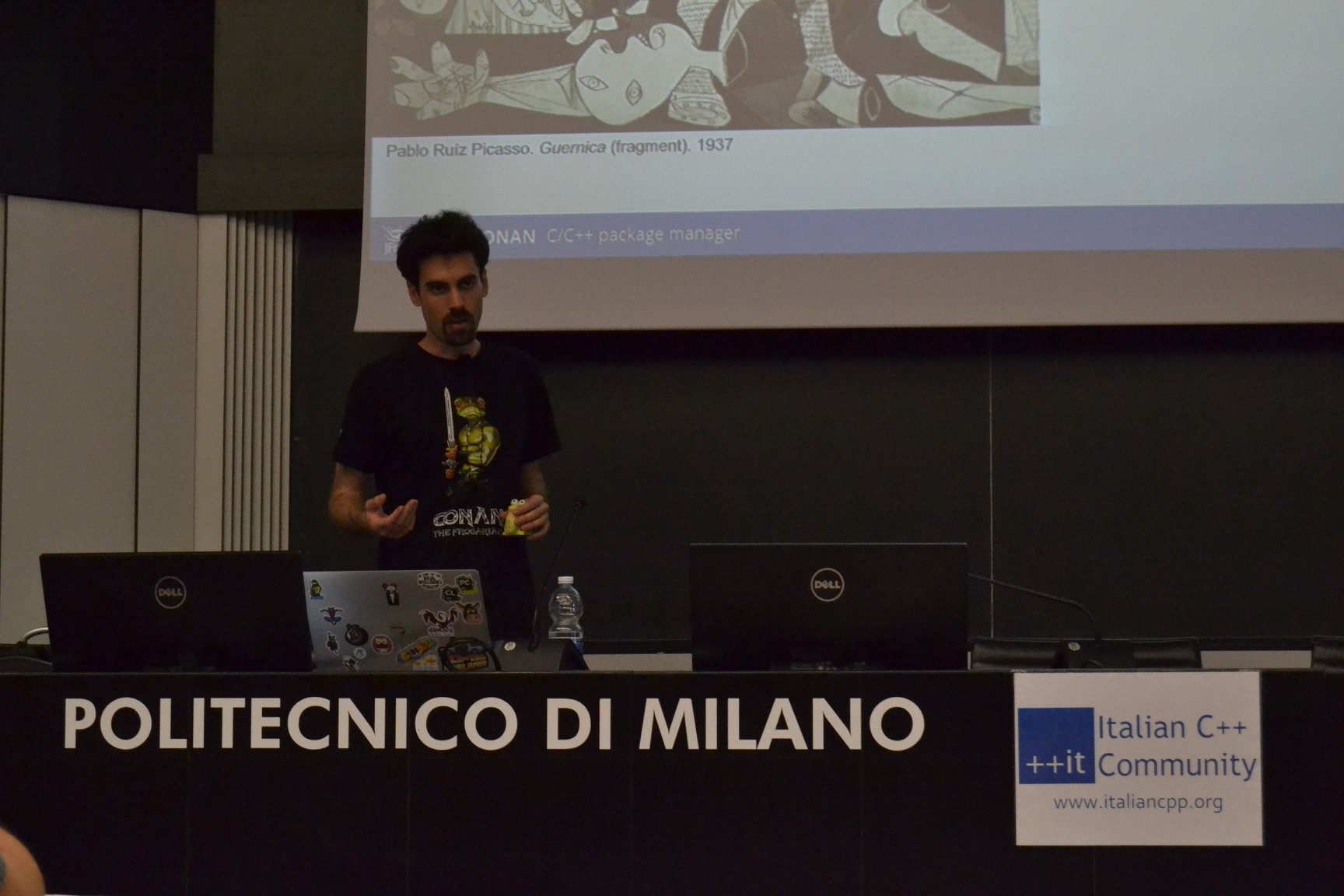 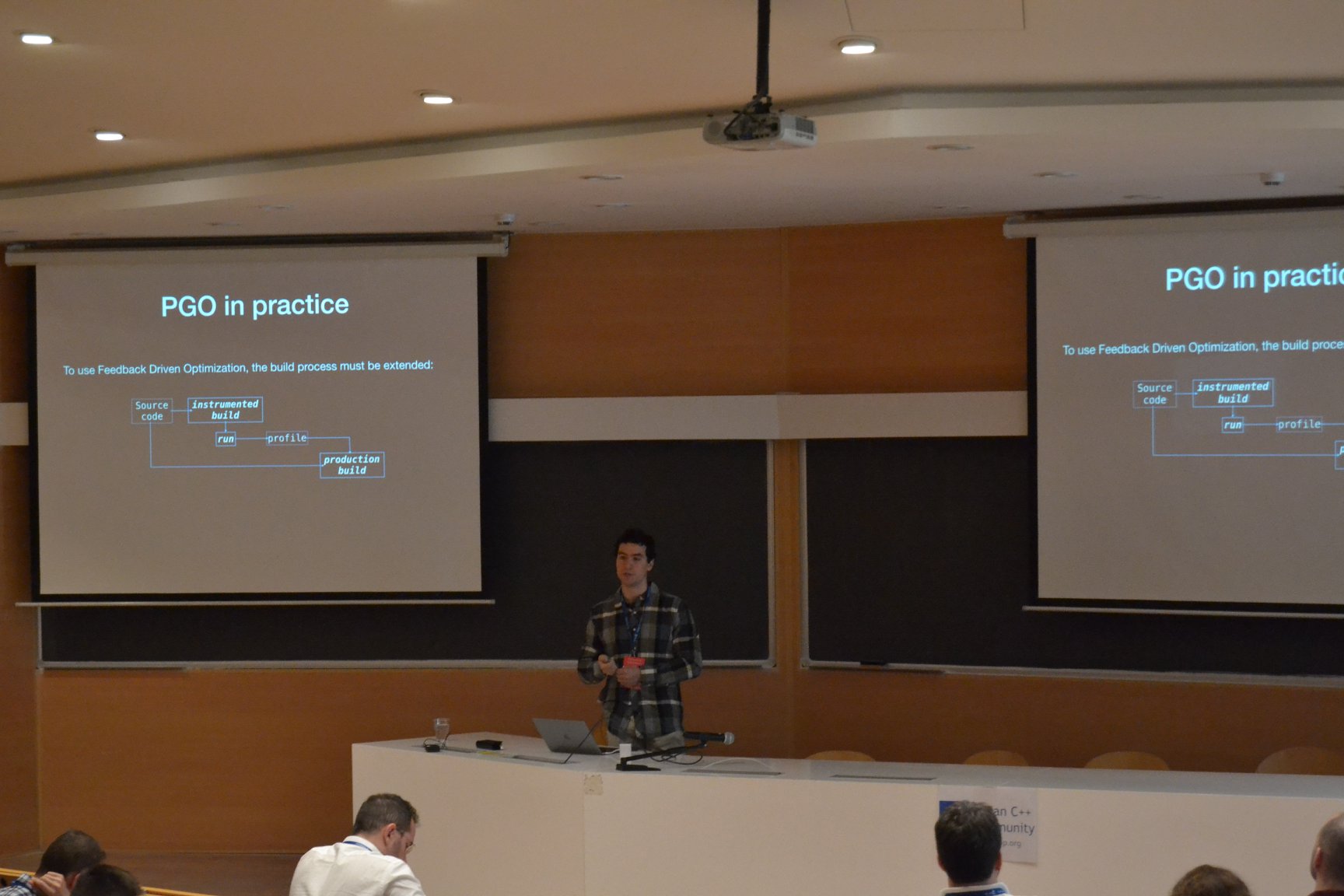 About 55% of attendees gave feedback. I am glad for the results: 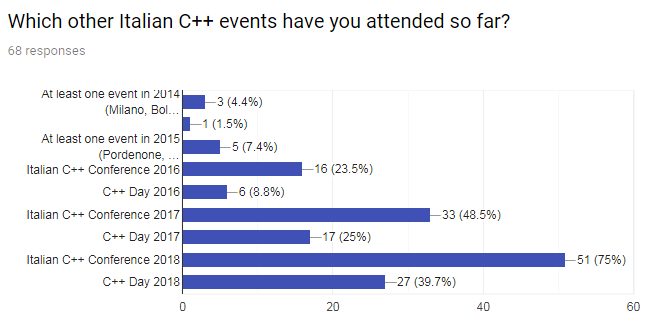 Our events come with prizes only for “best tweets”. The definition of “best tweet” is unspecified though…A few are listed below:

so I went to #Italy to visit #itcppcon19 and all I learnt was a new english word: cloister 😉

We have already started the co-organization of the C++ Day 2019. We are just waiting for the official confirmation from the university but it should be in Parma on November 30. Save the date! The call for sessions will hopefully open in a few weeks. The event is co-organized with the Robotics Team of the University of Parma.

I am looking for speakers for the second half of the season of monthly C++ meetups in Modena, hosted by ConoscereLinux. If you like to give a talk, moderate a workshop, or moderate a roundtable, etc. please get in touch (myname [at] italiancpp [dot] org).

I am proud of Coding Gym and I keep on investing time and effort on this project. We have launched the format in two new cities (Bassano Del Grappa and Bari) and we have our yearly “trainers summit” on July 27 in Bologna.

As said before, I have co-founded and I am the president of Community Crumbs, a not-for-profit association. We have lots of work to do on this newborn project.

That’s all. See you soon!