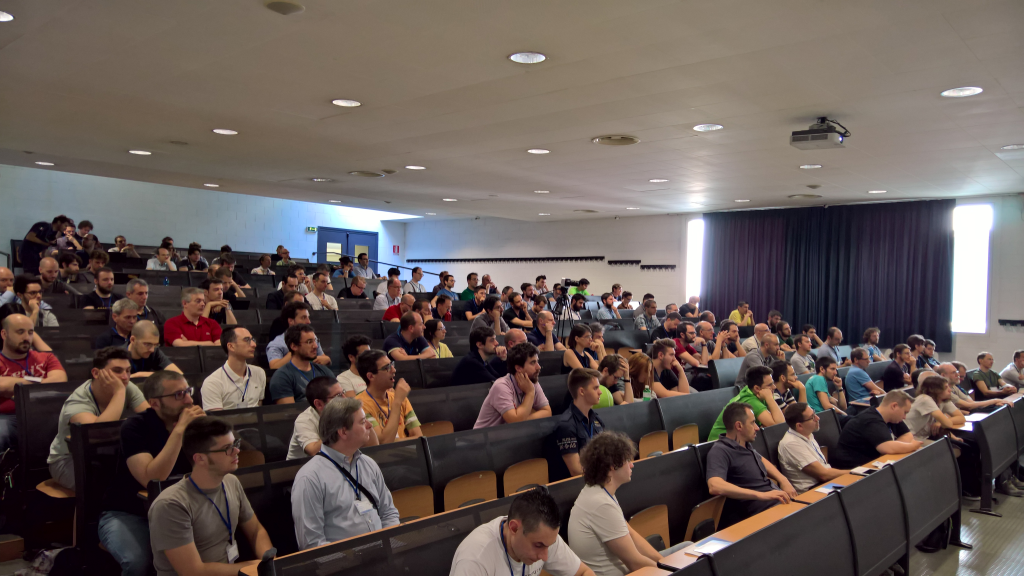 Last June 17 we had the Italian C++ Conference 2017 in Milan, one of the events totally focused on C++ organized by the Italian C++ Community that I lead and manage. ~230 people signed up for the conference and about 160 attended. We are really disappointed about the drop rate (~30% – higher than usual). Probably, the nationalwide transport strike that happened in Italy the day before did a number on the conference.

The event was hosted at Università Bicocca of Milan.

The event was the biggest one I ever organized: 160 attendees, 7 sponsors, 10 technical sessions splitted into two tracks, a panel on diversity and inclusion and, above all, no budget! Indeed, the event was totally free and realized thanks to the support of the sponsors and me and my staff’s willingness. I love spending a good part of my spare time (and also some nights) on organizing free meetups, activities and events for people who want to join the ecosystem.

I really enjoyed the event, the vibes were great and I met many new people!

Find here a bunch of pictures of the event.

Let me spend some kind words to thank who made the event possible:

Università Bicocca, for hospitality and support. Thanks a lot!

Some stats on the audience

As usual, when people sign up for the event we ask a few questions about their experience with C++ and tools. Let me share some data with you.

Attendees not coming from Italy: 20.

(for some unknown reason, Evenbrite normalized this histogram in 0-92 but the chart is actually based on the whole set of data). 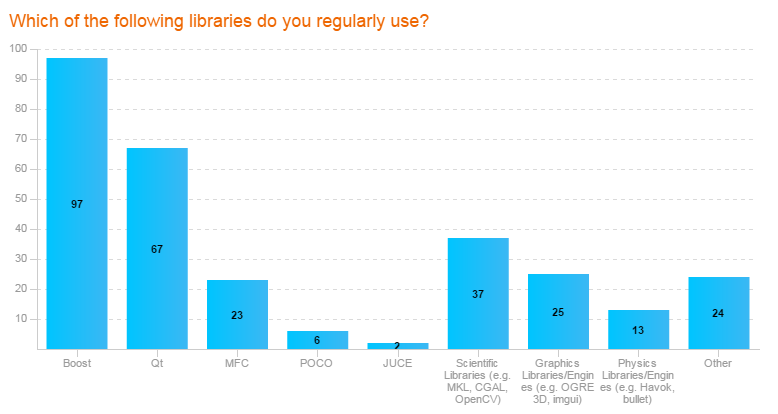 We had two plenaries (the keynote and the session on Diversity and Inclusion by Microsoft) and two parallel tracks (one in Italian and the other in English). 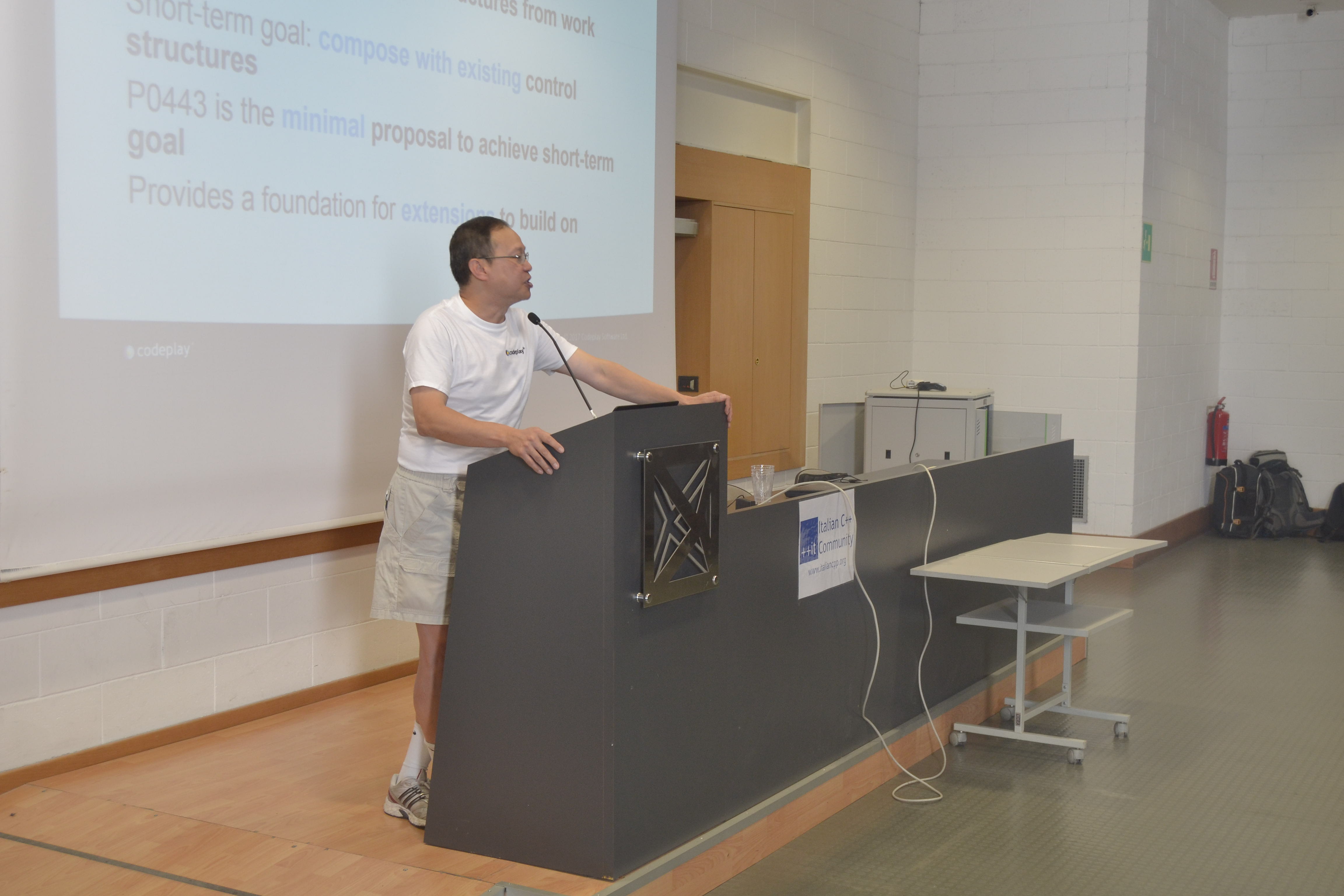 We also hosted an interactive panel on diversity and inclusion moderated by Charlotte Zhao and Andrea Chiarini from Bloomberg: 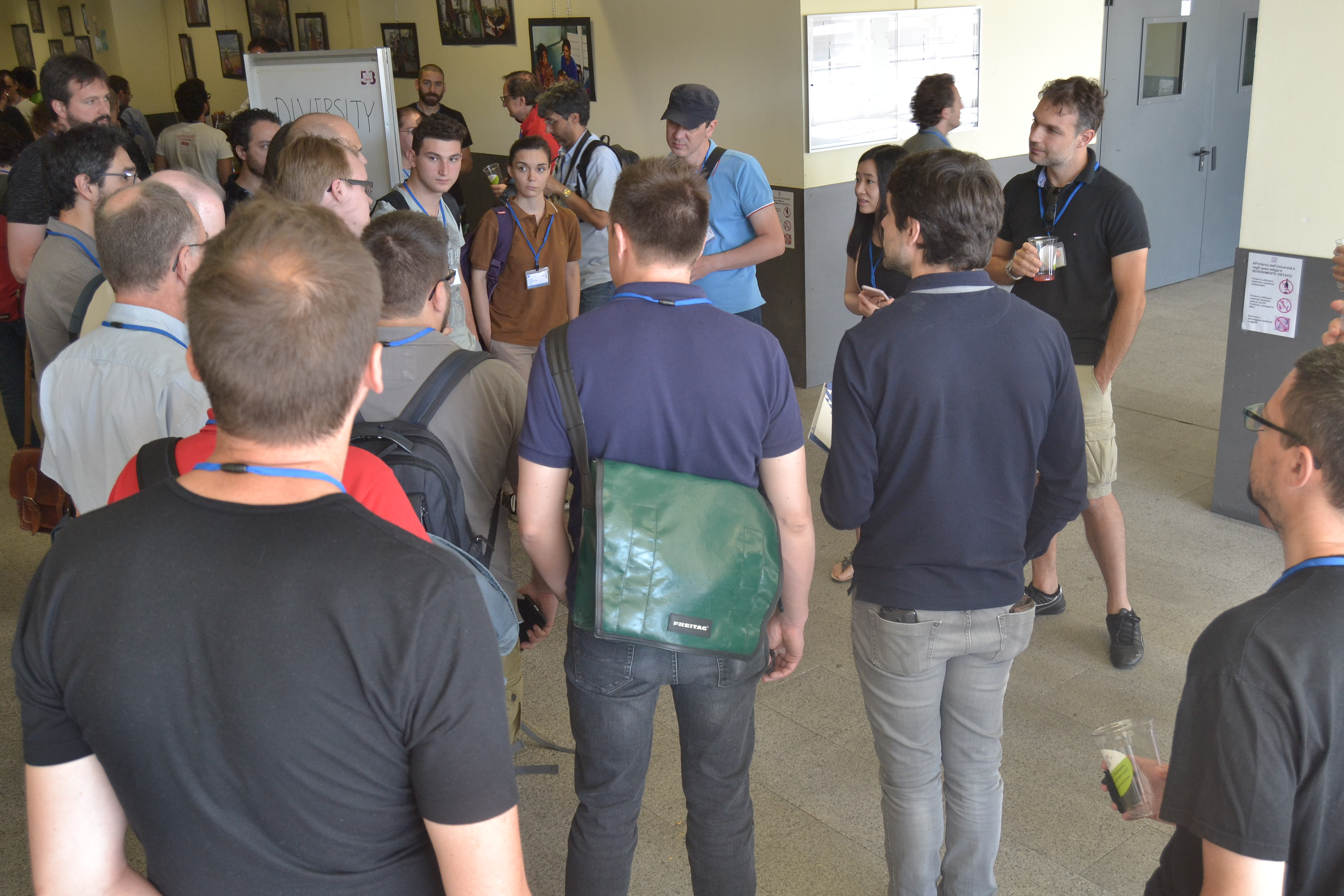 Videos are in post-production and (I hope) will be published by the end of July. Further communication will follow. 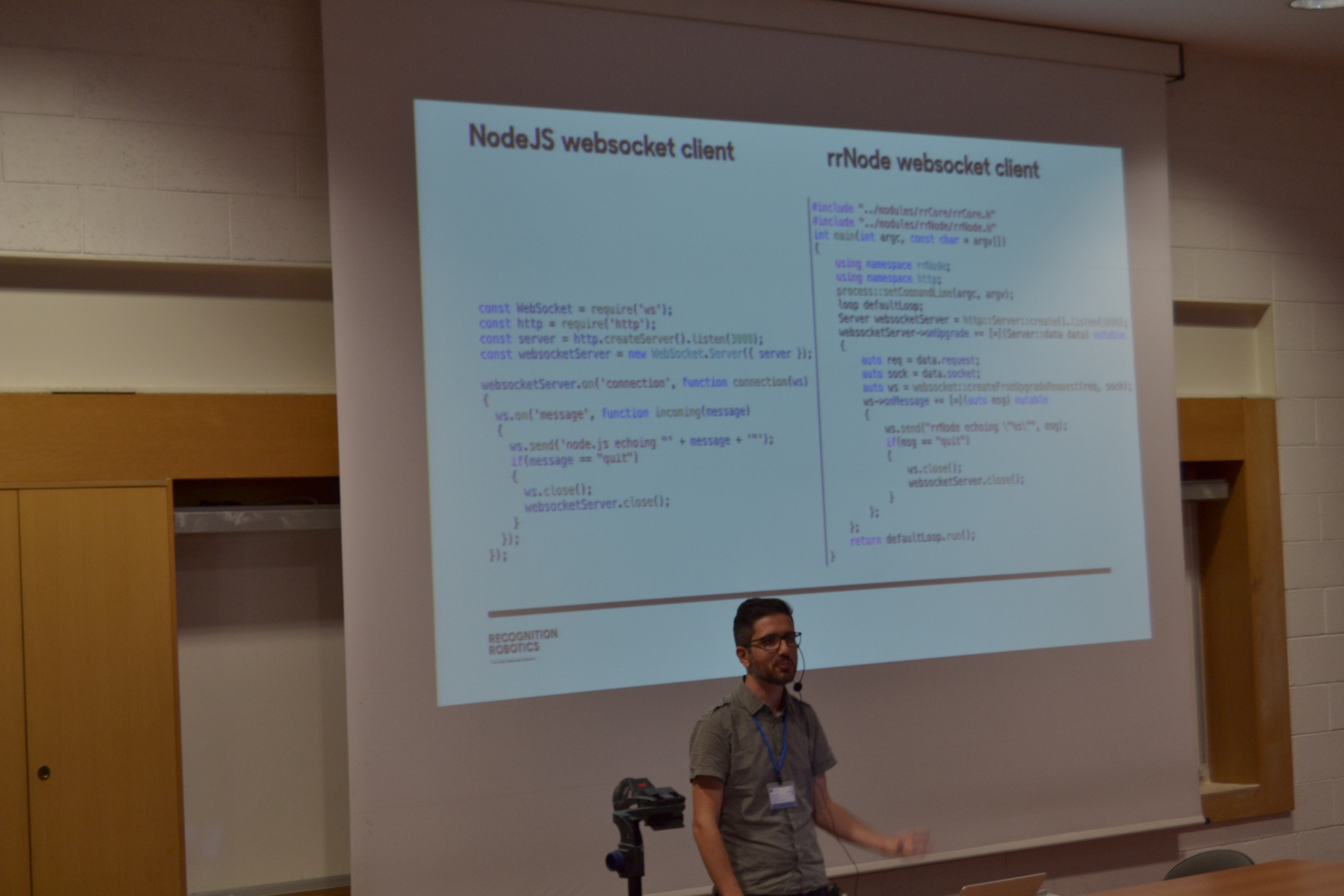 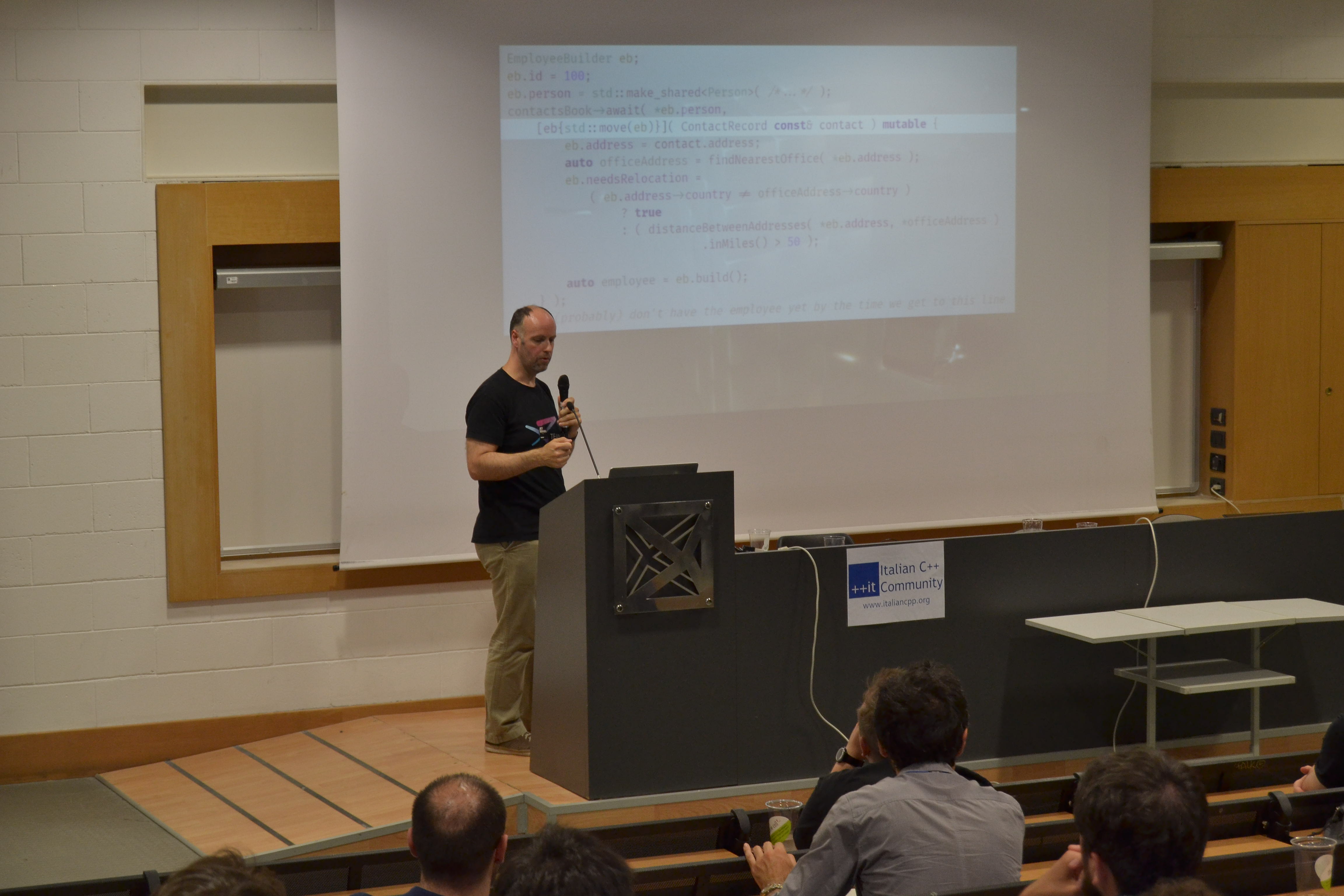 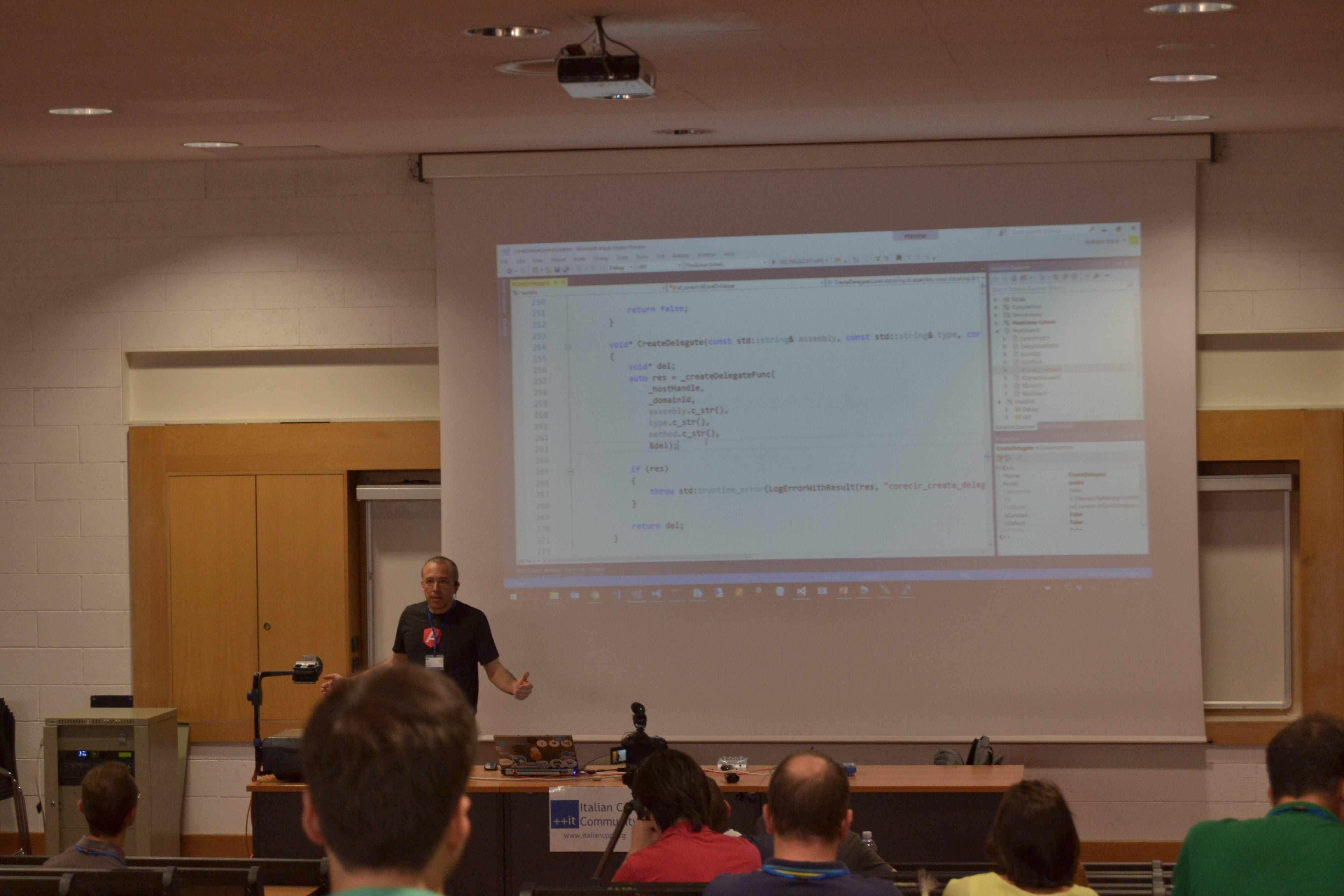 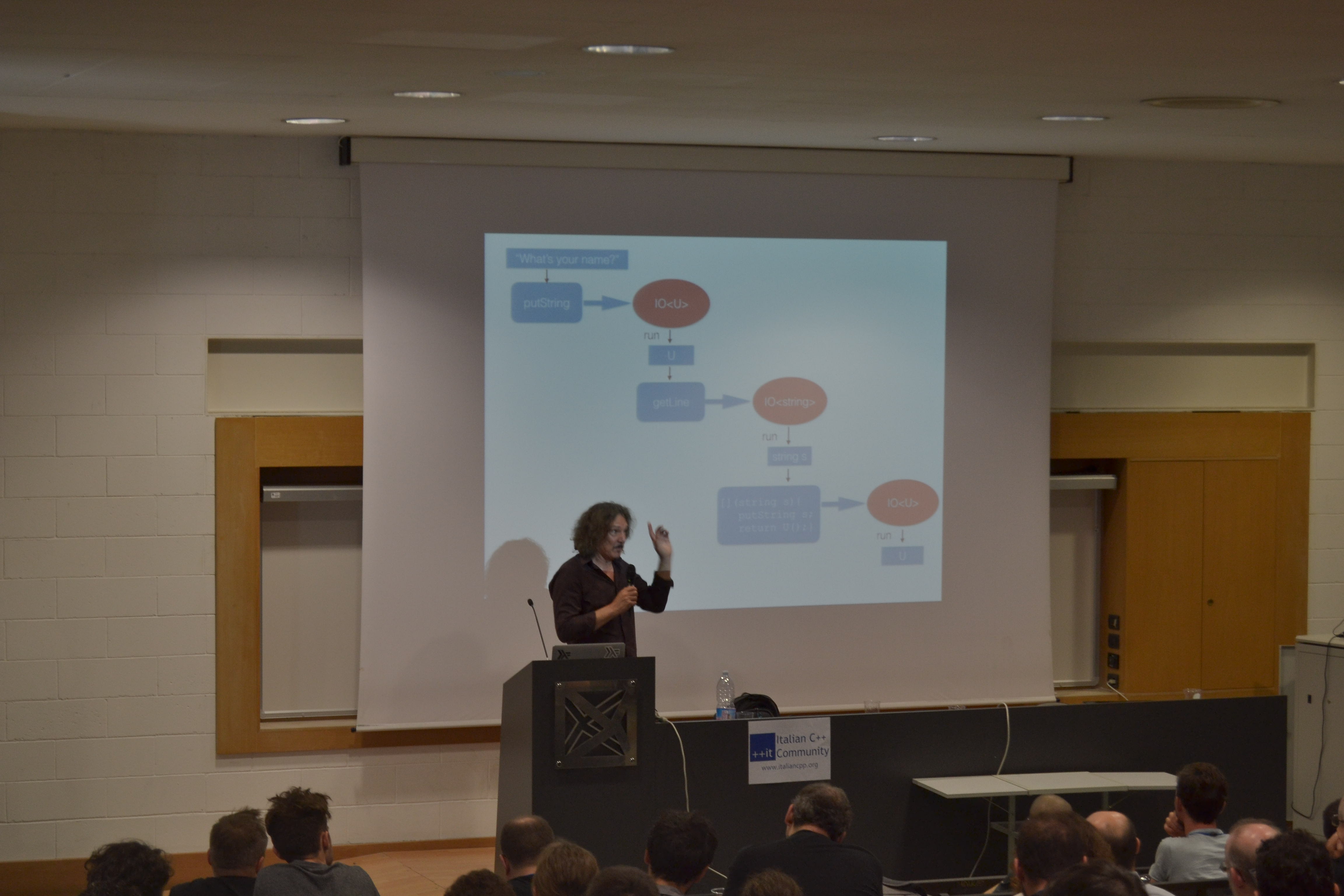 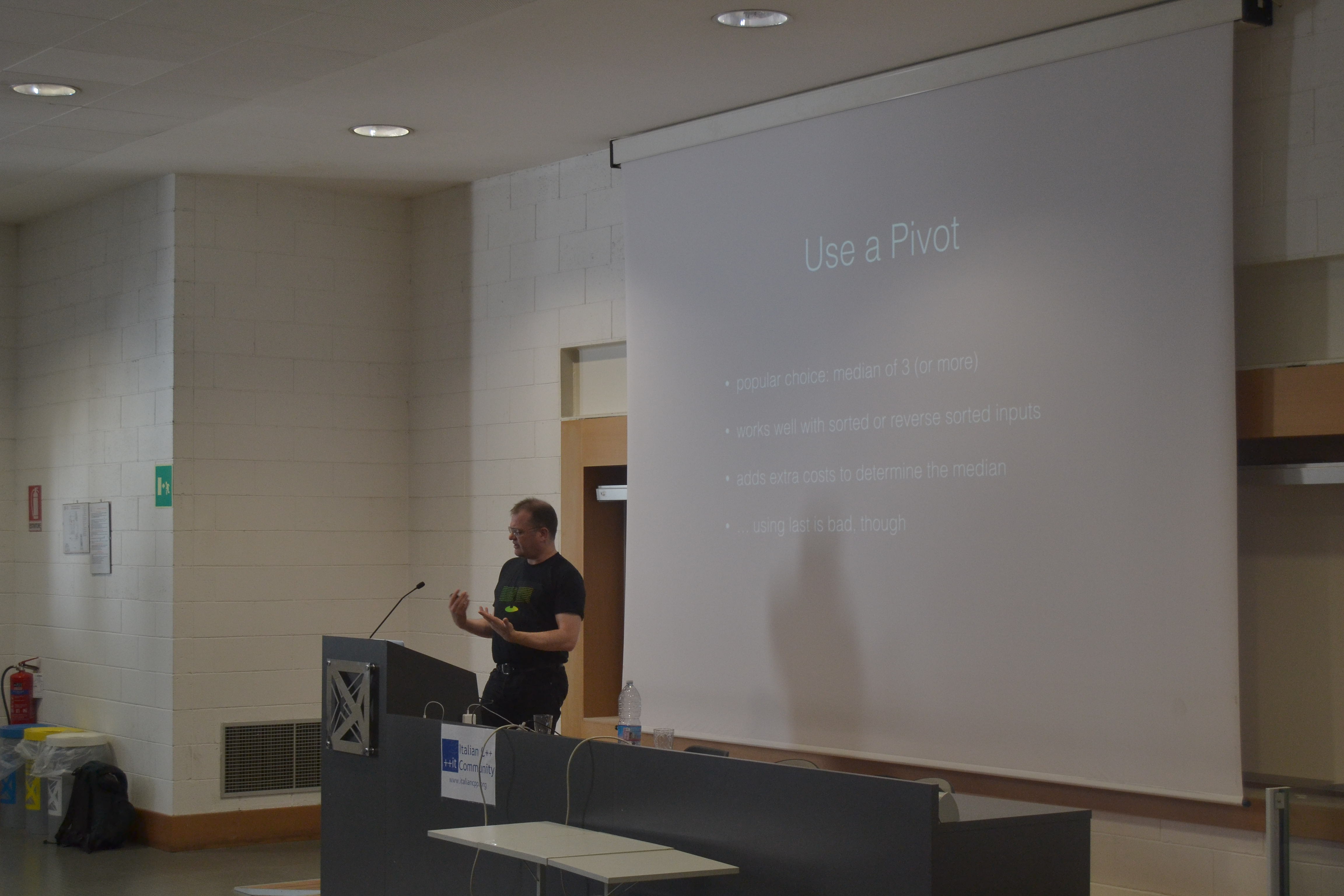 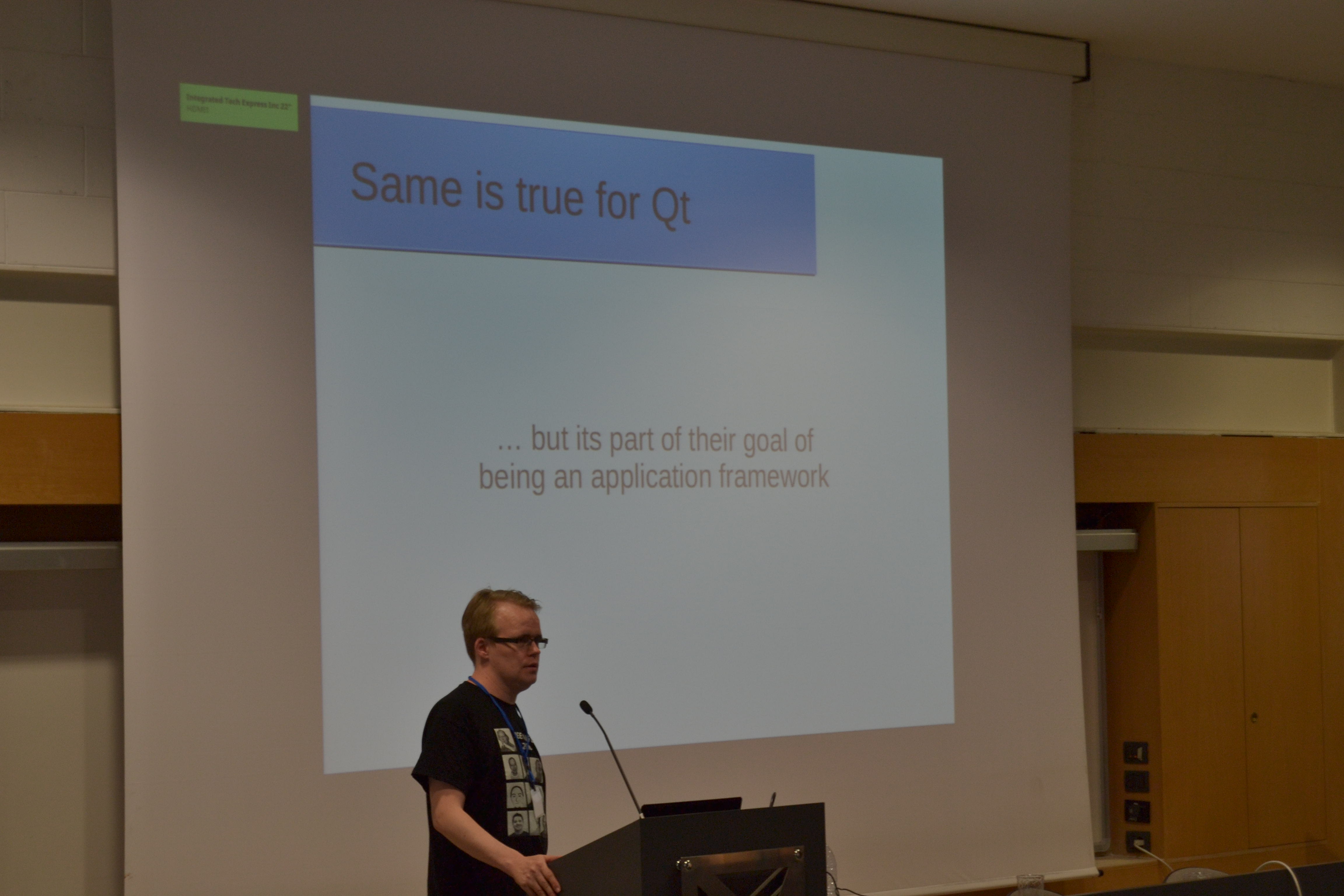 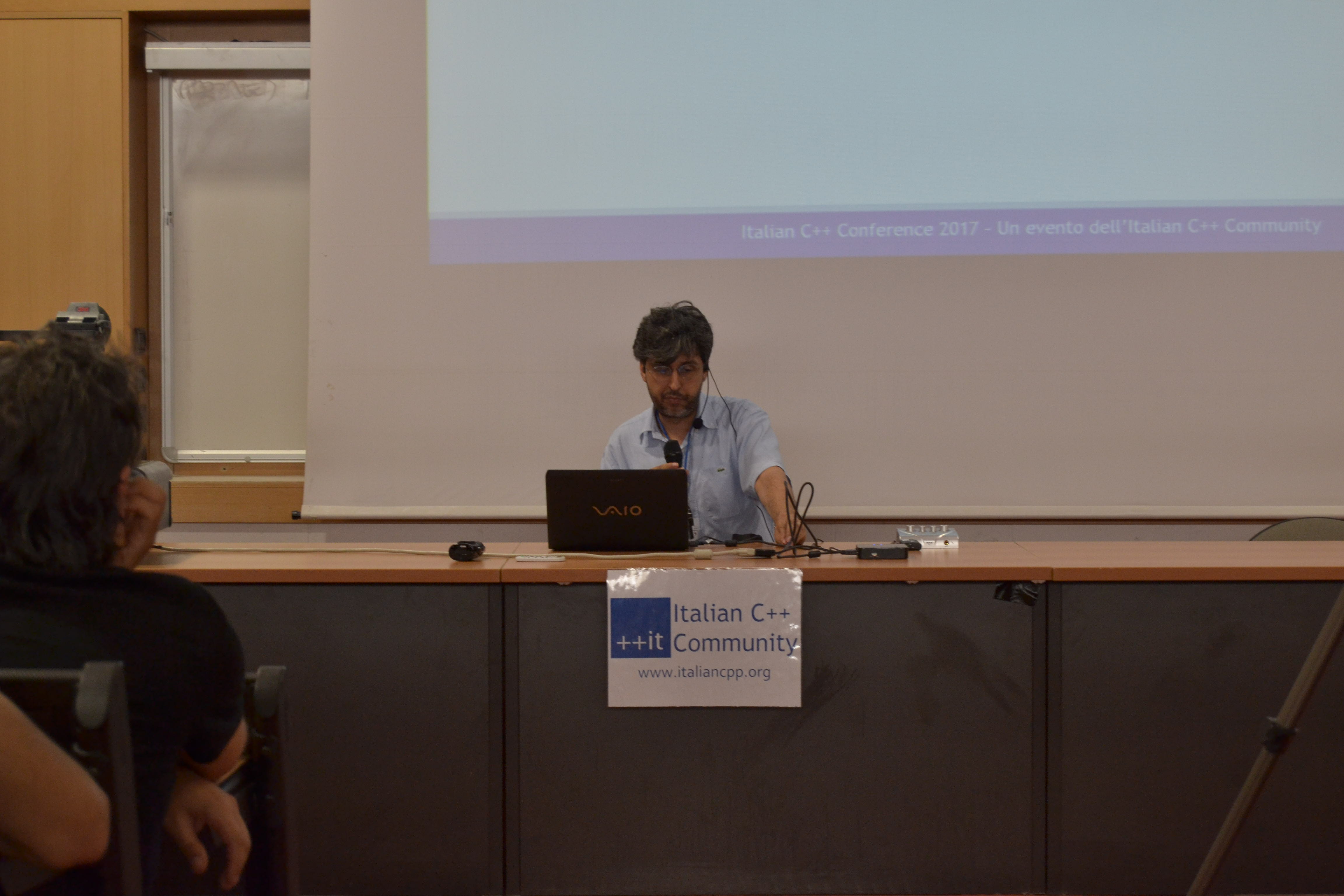 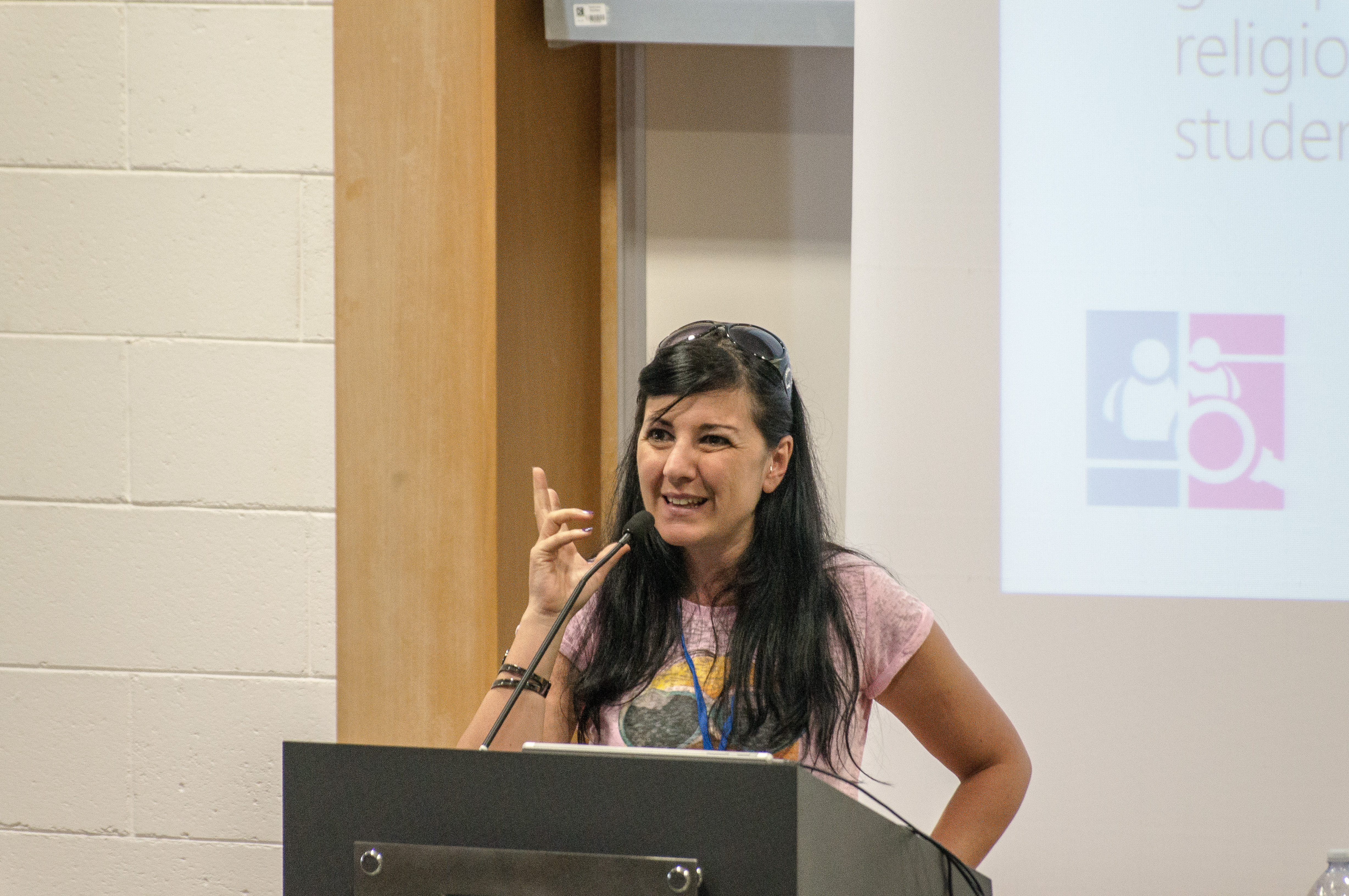 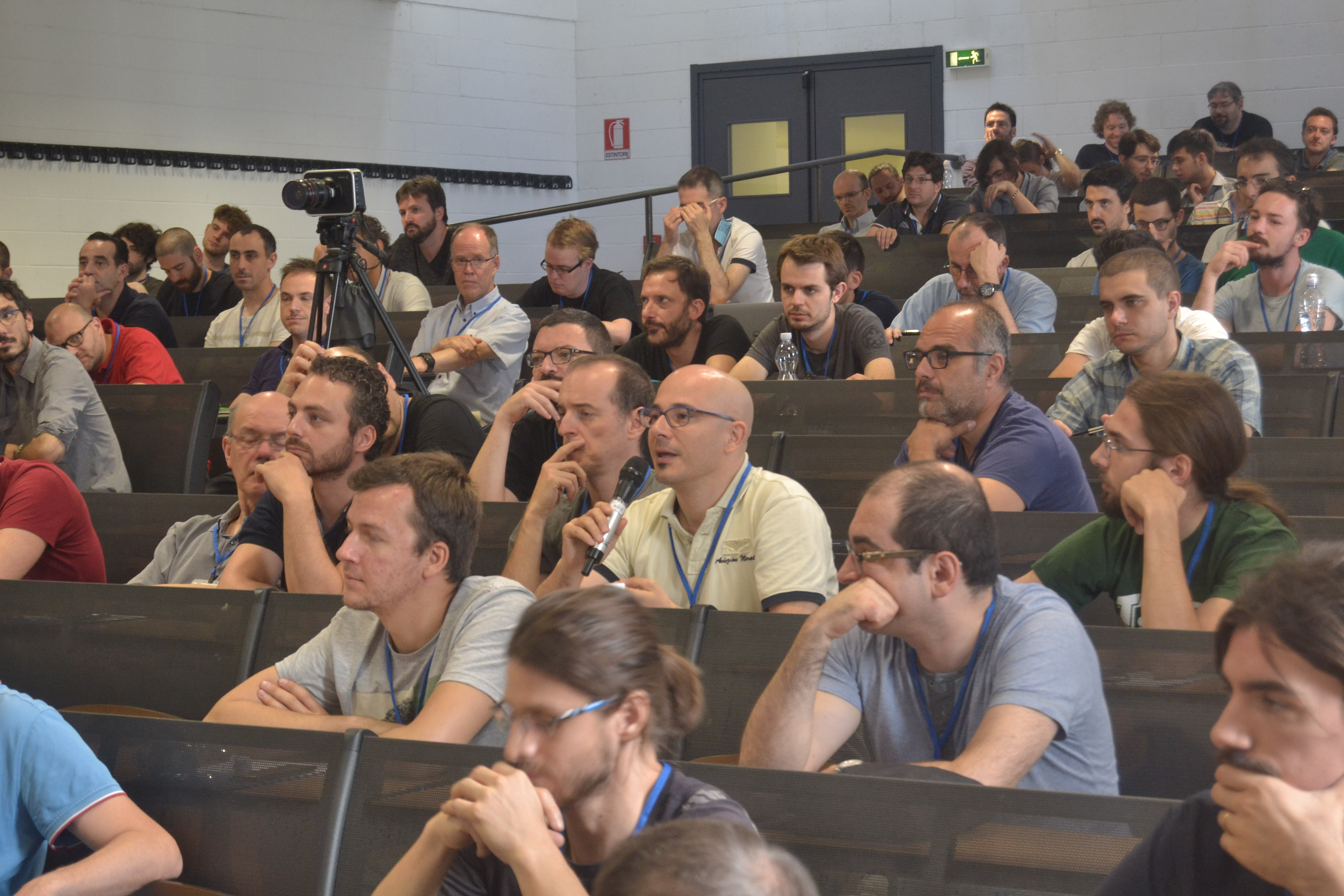 This time ~60% of attendees gave feedback. It’s been very good so far and I’d like showing you some charts (1 corresponds to the minimum rate, 5 to the maximum):

As usual, we set up a social contest and awarded the “best tweets” with hashtag #itCppCon17. 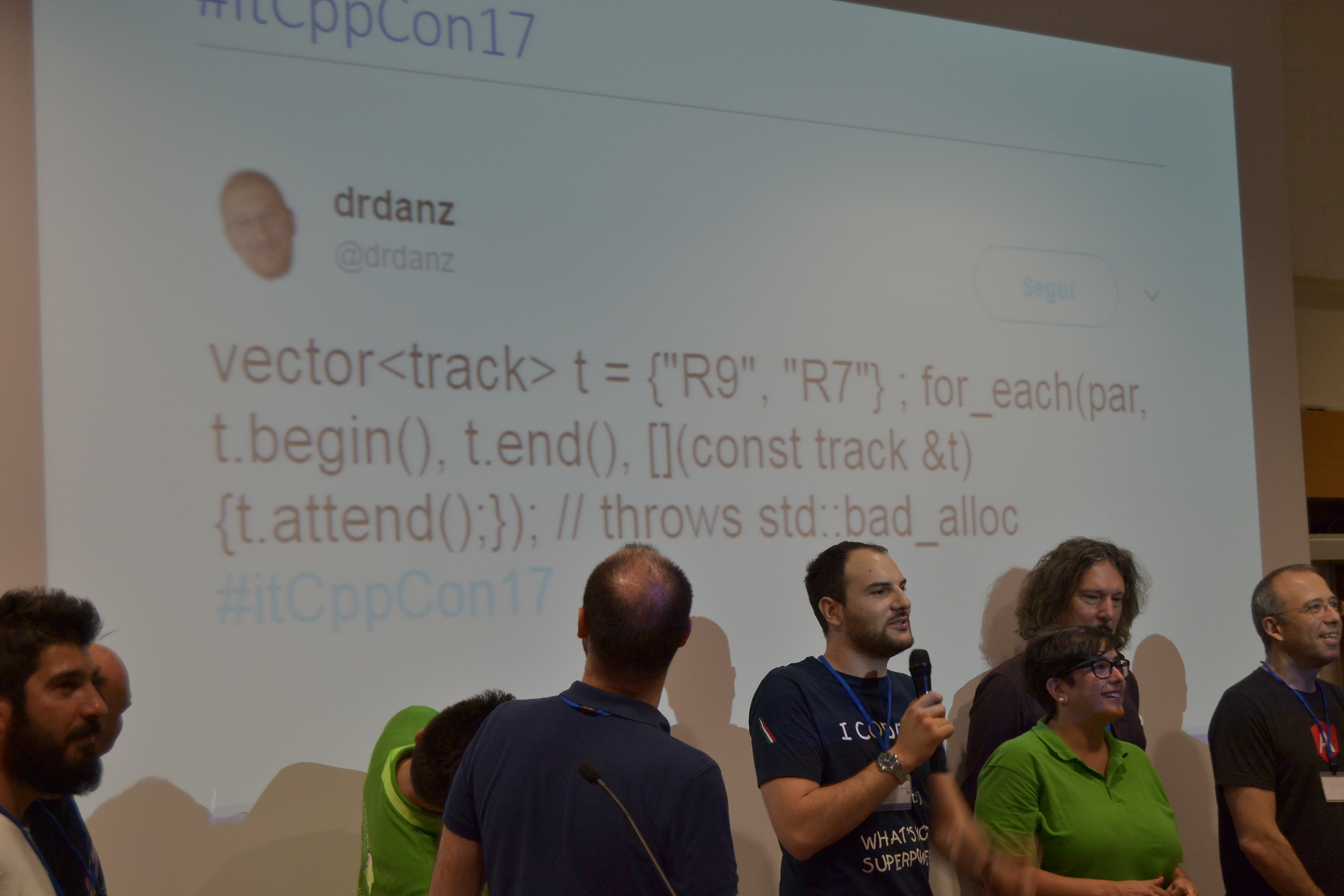 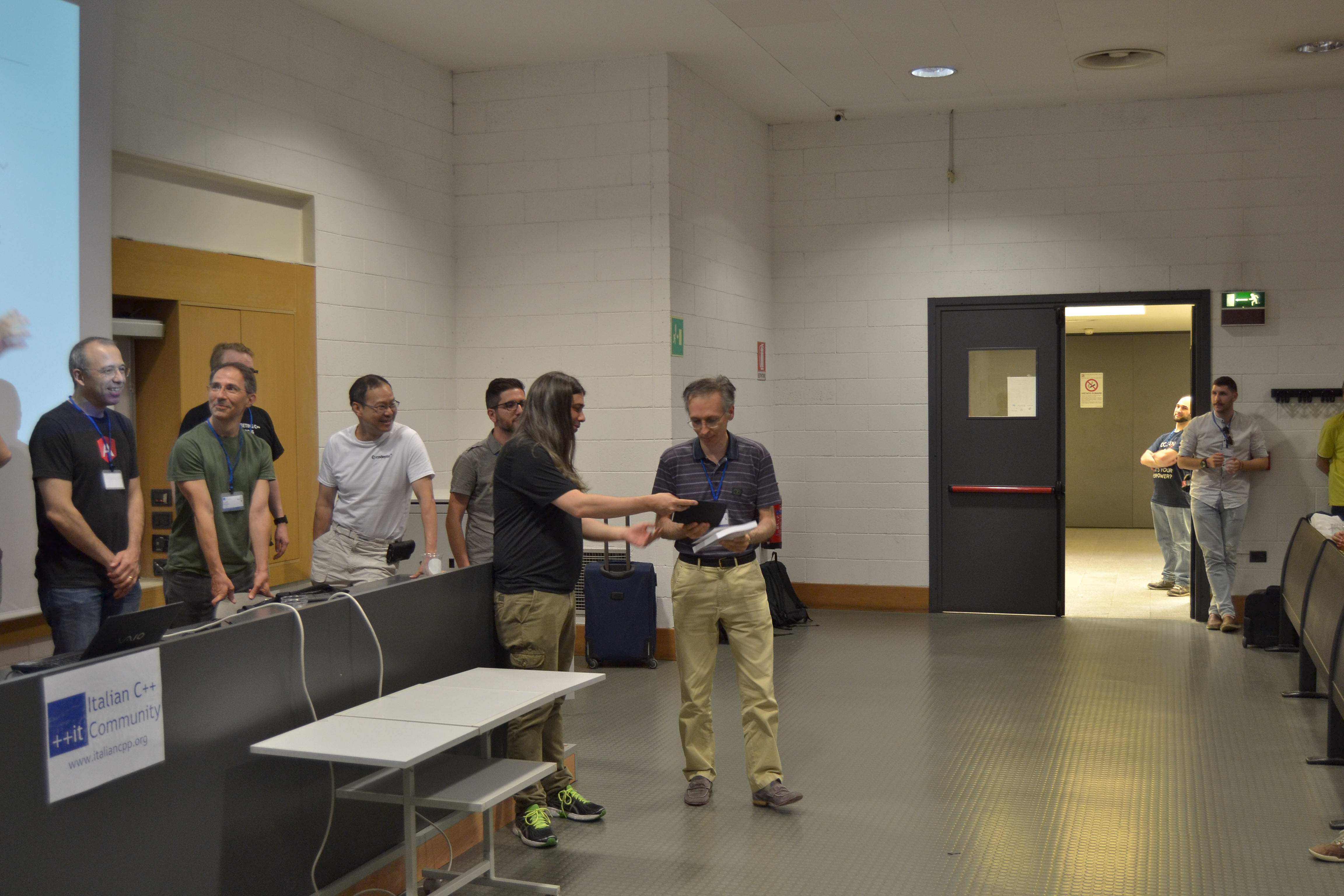 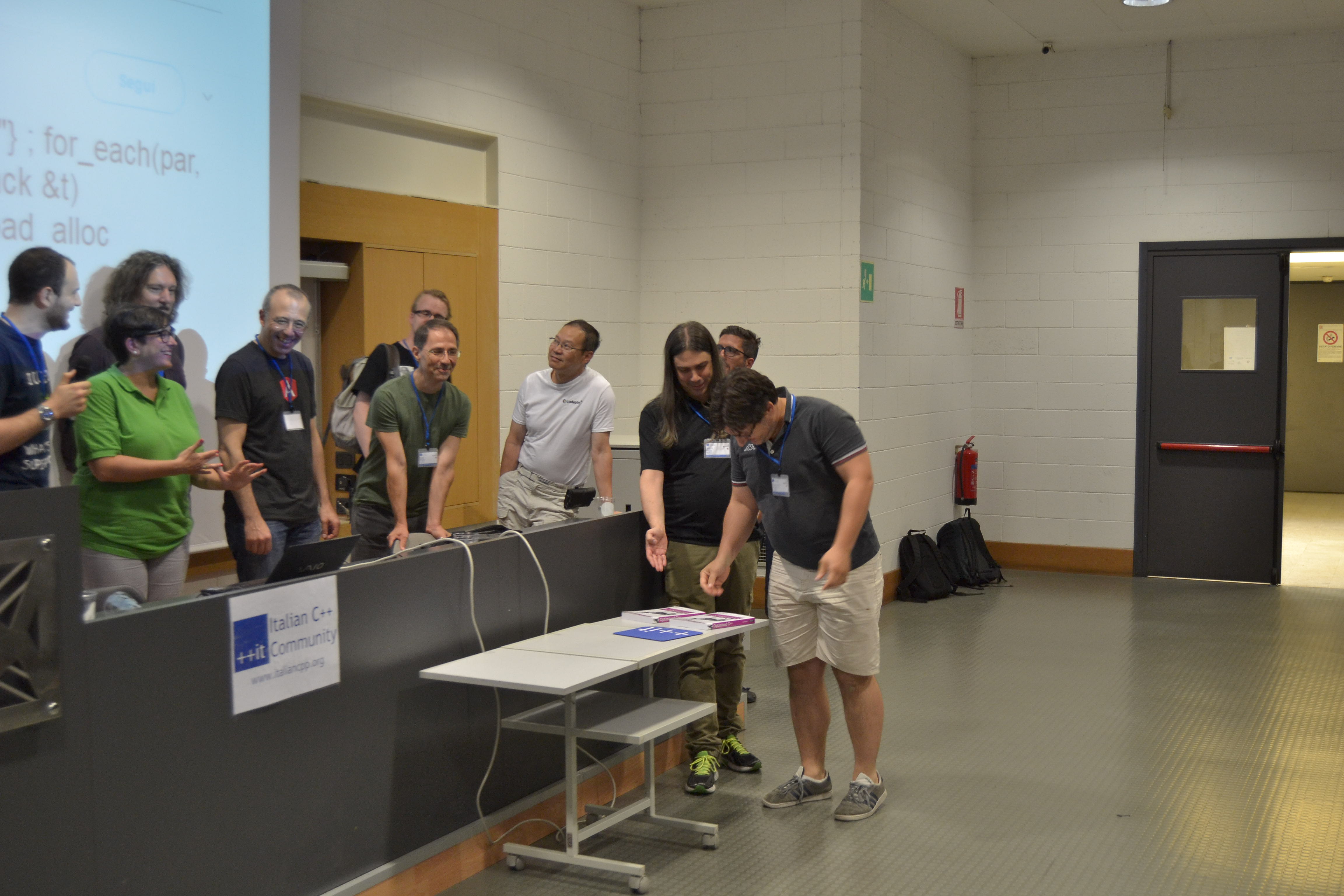 Some winning tweets and reactions after being awarded:

Thx for the book #itCppCon17! I promise I’ll be diving into it asap 🙂 #summerreads pic.twitter.com/KWEEN1j1KN

Thanks for the book, I promise that I will finally learn proper sync (no more brutal polling over atomic_int!) #itCppCon17 pic.twitter.com/UCnQeIxOQh

Thanks to O’Reilly Media and Manning for the free books!

Well, my mind is already heading towards the second annual event that we usually organize: the C++ Day. My staff and I would like to make it happen in Bologna or Modena by December…we’ll keep you posted! If you are keen on helping or sponsoring please get in touch.